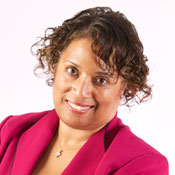 With all the Monday morning quarterbacks piling on HealthCare.gov, with their observations of what went wrong and what needs to happen in the future, heaven forbid that I should be one more.

Consultants are already springing up like weeds to write reports and perform studies to help government program managers achieve better results. There will be congressional hearings and studies from the Government Accountability Office making retrospective observations about programs that are struggling. And we can count on a fresh harvest of investigations by inspectors general pointing fingers of blame in many places.

That said, maybe it's time we resolve to improve program management in government. Here are five starters:

1. Use private sector innovation judiciously or it can be damaging to government programs.
During the debates about the failures in the HealthCare.gov rollout, we heard over and over about how companies like Amazon can deliver this capability -- therefore why can't the government deliver successfully? As it applies to private sector software rollout practices, let's examine Microsoft's implementation of Windows 8.1.

This rollout was problematic by anyone's standards. Juan Carlos Perez in his PC World article "Test and Test Again: The Lesson from Windows 8.1's Bumpy Rollout" describes the actions behind the unpleasantness of the Windows 8.1 experience:

"The rocky rollout of Windows 8.1 should serve as a reminder for consumers, software developers, hardware vendors, enterprise IT pros, and Microsoft itself that a period of careful testing and analysis must precede the release and installation of an operating system update."

Microsoft made a business decision about the expense of testing versus the delay in deployment of the new software. Perhaps it made sense in some backroom discussions with the Microsoft illuminati. In government, however, the currency by which we measure return-on-investment is politics.

Good program managers will make tradeoff decisions relative to schedule, scope, and budget, but they also need to look at what some call the "economic system of politics" in their tradeoffs. Having considered this, the government program manager may ask the question, "Can we truly afford the risk of a problematic rollout?" These questions and answers will demand shifts in how we execute major programs.

2. Rely on empowered and capable CIOs as key contributors to IT reforms.
In most private sector transformational IT projects, it is implausible that the CEO of a company would embark on such an effort without the stalwart leadership of the CIO. Yet, in government, it is done all the time.

In its analysis of the challenges of the rollout of the IT reforms around the 2010 census, the GAO in its report "2010 Census: Preliminary Lessons Learned Highlight the Need for Fundamental Reforms," describes problems where "the lack of staff skilled in cost estimation during the 2010 Census points to inadequate human-capital planning, while... IT problems stemmed from not fully and consistently performing certain functions including IT investment management." Clearly this was the role of the CIO who certainly understood this, yet found himself in a familiar minimized position.

3. Failure is an option, so implement sound risk management practices.
As a former NASA executive, it's almost amusing to hear former Apollo 13 flight director Eugene Kranz's quote to the contrary, "Failure is not an option," so overused by success-oriented managers. 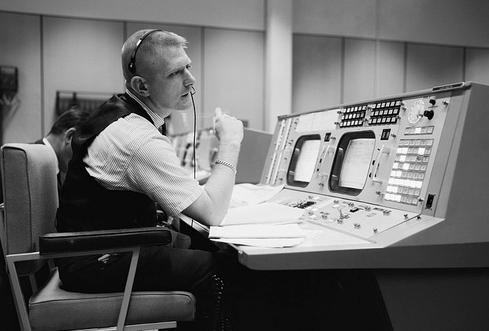 NASA's legacy of success comes from strong risk mitigation planning, innovative thinking, and good old-fashioned heroics. Heroes are great to have, but are not so good to rely on -- at least in most circumstances. Any program management plan that relies solely on heroics is doomed to fail. I get it that perhaps the higher ups don't want to hear all that, and in fact, may not want to pay for it. But, invest in solid risk management. You won't regret it.

4. Stop whining and create bureaucracy that works.
A bureaucracy that works may be considered by most to be an oxymoron. Alan Greenberg, former General Service Administration executive and author of the book "Confessions of a Government Man: How to Succeed in Any Bureaucracy," notes how stifling processes, regulations, rules, and policies can be to those who want to do the right thing.

Unfortunately, that's not how it works. If you "do the right thing" and tell upper management "no", you'll simply be thrown out by the shareholders, replaced with someone who WILL maximize profits for the investors at the expense of everyone down the chain.
Reply  |  Post Message  |  Messages List  |  Start a Board

If I'm reading this right, one of the impreratives is for CIOs or project managers to have the courage to stand up and say "no" to unreasonable deadlines and halfbaked plans, making a stink about it if necessary.
Reply  |  Post Message  |  Messages List  |  Start a Board

Charlie, good points. The polarization of American politics, nationally, and increasingly at the state level, between Red and Blue states, makes it so much harder to find workable answers to problems like Health care.  But it's also made it harder to find competent government program managers willing to deal with the political turbulance and the frequent lack of executive and financial support they need to deliver on programs.
Reply  |  Post Message  |  Messages List  |  Start a Board

Yes, failure is always an option. Especially when there isn't enough time, money or staff. And anyone who is put in this position is being set up for failure, unless he or she has set themselves up, by saying that they can do it without knowing or caring about what they're going up against.
Reply  |  Post Message  |  Messages List  |  Start a Board

The best program managers for government projects are not going to come from the private sector, contrary to popular belief. We have a two-realm country, with public and private sectors equally important. The HealthCare.gov rollout reflects the fact that for many years the public sector hasn't received the investment, talent and cirtical-minded leadership that it's needed to perform well. The imbalance mayh now have been addressed at HealthCare.gov. It awaits addressing in many other sectors. When you look at the bipartisan leadership that stepped up in this country and in the UK at the outbreak of World War II, it makes our present day efforts look decidedly unheroic.
Reply  |  Post Message  |  Messages List  |  Start a Board

Doug, I agree, Cureton's observation "that the currency by which we measure return-on-investment is politics" is what sets government apart from the private sector, and should have sparked warning flares. My hunch is that a number of folks miscalculated the risk and ROI equation before it was too late.

Ah, but didn't a political ROI -- meeting Obamacare deadlines to show that the program was on schedule and on course -- drive both the feds and Minnesota to launch their sites before they were ready?
Reply  |  Post Message  |  Messages List  |  Start a Board

The money line here in my book is "In government, the currency by which we measure return-on-investment is politics." Had this been the guiding measurement in the case with Healthcare.gov or Minnesota's MNsure health exchange site, there would have been more testing before these insurance exchange sites were launched. It's early days, so hopefully more customers and competition will lead to lower costs.
Reply  |  Post Message  |  Messages List  |  Start a Board

"He used bureaucracy to change the bureaucracy that resulted in a much-needed cultural change." That is a trick many private sector IT leaders would like to make use of occasionally, as well. Good to keep in mind when you are banging your head against the wall about bureaucracy.
Reply  |  Post Message  |  Messages List  |  Start a Board
Editors' Choice
Hot Topics