50%
Tweet
An analysis of Kundra's tenure earns him good grades for transformation--but his peers have split feelings on whether progress lies ahead, or a lack of leadership continuity will mean a stall. 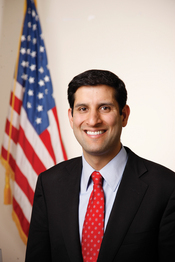 Slideshow: 50 Most Influential Government CIOs
(click image for larger view and for slideshow)
Federal CIO Vivek Kundra has put the wheels in motion for federal IT reform, throwing his weight behind open government, cloud computing, data center consolidation, rigorous project management, and improved customer service. Now that Kundra has announced plans to leave his position in August, the trick will be to keep the momentum behind what he started.

The White House disclosed Thursday that Kundra will resign in August for a fellowship at Harvard University, where he will study the implications of digital media and technology for governance, and work with Harvard on research in the areas of cloud computing, open data, and open government. In a statement, Obama administration budget director Jack Lew said that the administration would continue down the path of IT reform that Kundra has helped clear.

While Kundra has pushed an aggressive agenda, numerous efforts remain incomplete, and a few of projects he has championed are, so far, only qualified successes. "These problems weren't created overnight, and they won't be solved overnight," Kundra said in April in response to complaints by President Obama about federal IT.

Data.gov and the federal IT Dashboard, lauded as models of transparency, have been knocked, respectively, for a lack of useful and new data, and for inaccurate data about the state of federal IT. Data center consolidation and cloud computing continue to face resistance in some agencies. And efforts to push increased authority for CIOs and flexible IT budgeting through Congress have been slow going.

Delivering on the Obama administration's current IT strategies will require the continued diligence of federal IT leaders, including Kundra's successor. Federal IT executives and others express mixed feelings on whether things will continue down the right path, with some voicing concern about a leadership vacuum, and others having optimism that the government will continue to move deliberately toward IT reform.

Among the risks are that Kundra's eventual successor--a new federal CIO has yet to be named--may have a different vision for federal IT and a different capacity for driving change. In the past, agency CIOs have cited a lack of leadership continuity as a major obstacles to getting things done in federal IT.

"Much progress has been made under Vivek's leadership," said Jerry Johnson, CIO of the Pacific Northwest National Lab. "My concern is whether or not there is sufficient momentum and leadership to keep progressing forward after he leaves. Often, when a strong and creative political appointee like Kundra leaves government service, the career staff fall back to their old ways. Hopefully, President Obama will find an equally strong replacement."

Among Kundra's priorities that will need the continued championing are cloud computing, data center consolidation, and ridding government of duplicative spending, said P.V. Puvvada, VP of Unisys' federal civilian business, who has known Kundra since long before his White House job. Data center consolidation, particularly, is "culturally very hard, and so that's where leadership needs to continue to focus."

Others see promise in the work that's already underway. "Vivek provided the federal community with a straightforward vision for streamlining the delivery of service improvements across the federal sector and a refreshing resolve to move federal agencies in that direction," Jerry Williams, CIO of the Department of Housing and Urban Development, said in an email. "His legacy of defining incremental improvements and managing project teams to meeting identified goals should and likely will continue due to the momentum that he has created."

Kundra's 25-point plan for federal IT reform, published in December, stands as one of the strongest sets of guideposts for change. Although he acknowledged that "there will always be more work to do," Department of Defense deputy CIO Rob Carey said in an email that the plan should help continue to propel federal agencies forward toward IT reform.

Department of Interior CIO Bernie Mazer said that the 25-point plan, along with several of Kundra's other key initiatives, have been institutionalized in a way that they have taken on a life of their own. "He's helped shape the ecology by which good ideas are able to distill themselves and spread across the U.S. government," Mazer said. "There's quite a bit of stickiness in the reforms Vivek has put in place. Many government agencies are continuing to execute on those things through measured, deliberate reviews of their progress."

The Department of Interior meets weekly with OMB to assess its reform progress and plans as part of the 25-point plan and has set up its own iStat project review sessions modeled on Kundra's TechStat sessions. As co-chair of the federal Data Center Consolidation Initiative, meanwhile, Mazer is currently mapping out the next 18 months of schedules and milestones for data center consolidation and optimization across the federal government.

While Congress has presented Kundra with various roadblocks, things have been looking up on a few fronts in recent weeks. A draft House appropriations bill released this week would increase transparency funding slightly over its slashed 2011 levels, and frequent Obama administration critic Rep. Darrell Issa earlier this week introduced legislation to digitally track federal spending, saying that he was "on the same page" with the administration's transparency goals.

Sen. Tom Carper, D-Del., used Kundra's pending departure as a rallying cry to push bipartisan IT reform legislation through Congress. Carper has been an aggressive force in Congress for federal IT reform, recently introducing bipartisan legislation to give the IT Dashboard the backing of U.S. Code.

"Although Vivek is moving on to new challenges, the work he championed over the last two and half years remains and we must continue to be vigilant in our efforts to get better technology results for taxpayers' money," Carper said in a statement. Kundra's office had been working closely with Congress behind the scenes in recent months. Now, it will be up to his successor to carry that work forward.

It's unclear at this point where Kundra's successor will come from. Strong IT leaders abound inside and outside federal government. Kundra brought an outsider's perspective that allowed him to look at things with a fresh view, said Unisys' Puvvada. However, the next federal CIO will not only need his or her own vision, but will need to implement plans already on the table. Kundra's shoes will be hard to fill.

Note: Story was changed on 6/17 to correct day of White House announcement.

What industry can teach government about IT innovation and efficiency. Also in the new, all-digital issue of InformationWeek Government: Federal agencies have to shift from annual IT security assessments to continuous monitoring of their risks. Download it now. (Free registration required.)

More Informa Tech Live Events
SecDevOps: Tying Security to Your Application Development ProcessesMaximizing Database Performance to Improve Customer ExperienceThe Best Ways to Stop Malware and Ransomware That No One Else Will Tell You