Programming and coding are arguably the bedrocks of high-tech economies, and now even young children are exposed to this vital skill. Launched in Finland in 2013 by the Helsinki company Reaktor, programming schools are starting to pop up elsewhere in Europe. The latest school, which emulates Reaktor's model, launched in Dusseldorf at the end of August.

The coding school known as Codeschule was launched by KaasaHealth, a Dusseldorf company that offers "science-based help for a healthy lifestyle." Alexander Bolotowsky, the company's chief sales officer, says this simply means "all products we create have been done together with universities or other scientific instances, and we want to bring these products to people's homes... For example, they don't need to go to a clinic for rehabilitation; they can do it at home in their own living room."

KaasaHealth took the coding school concept from the Finnish pioneers at Reaktor and quickly set up its own website. The first course -- now fully booked -- took place in Dusseldorf on Aug. 30. Two additional courses have been scheduled for September and October.

The main purpose of the programming schools is to introduce the basics of coding -- whether through writing or coding -- to children between the ages of 4 and 9. Programming is taught using Turtle Roy, an app designed by the Finnish developer Raimo Hanski. 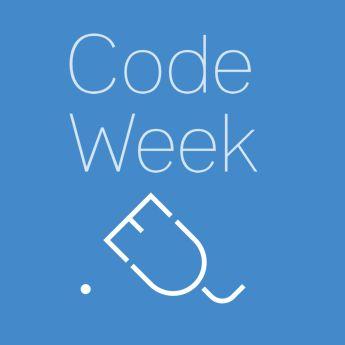 Government involvement
The Finnish government announced recently that programming will become a part of the curriculum in 2016, replacing -- to the chagrin of some and the delight of others -- one math lesson a week.

Finland's decision to introduce programming as a subject in schools is a bold move, but it makes sense, considering the country's reputation for having one of the best primary school education systems in the world.

When asked what hurdles lie ahead before the German government starts pushing programming for children, Frantzen said:

There are two primary hurdles for bringing a programming curriculum to primary schools in Germany. The biggest is the fact that these schools would need hardware and Internet connections. Many schools that we've spoken to have only a few computers, which are shared by all the school children. A sufficiently fast Internet connection is also a challenge in many schools. The second challenge is the fact that education is governed at the state level in Germany. This means each state must address the investment individually.

The future of coding schools
Though most European countries are not yet planning to introduce programming to children, the continent generally seems to be taking coding seriously. Code Week, a Europe-wide initiative, aims to help adults find a passion for coding. "They thought the idea for children was interesting and offered to help spread the word throughout the EU," Frantzen said.

When asked if KaasaHealth is interested in exporting the concept to other countries, Frantzen sounded cautiously optimistic. "Our goal is to first try to get other German companies to launch CodeSchools," she said. "We're sharing the idea with friends at other companies, particularly those in the gaming sector, with the hope that they will try to help their children learn programming. Our hope is that parents who are programmers would want to inspire local children as well as their own kids."

Dennis Mitzner is the Chief Editor of Inside3DP.com and writes about start-ups, technology trends, and politics for a variety of news sites. You can follow Dennis on Twitter or find him on Google Plus. View Full Bio
We welcome your comments on this topic on our social media channels, or [contact us directly] with questions about the site.
Comment  |
Email This  |
Print  |
RSS
More Insights
Webcasts
Monitoring Critical Cloud Workloads
Disaster Recovery/Business Continuity in the New Normal
More Webcasts
White Papers
Guide to Enabling 5G Deployments
Ransomware Security Breach Summary: Food Production
More White Papers
Reports
Cortex XDR Rides the Forrester Wave as a Leader
The Need for Speed: Second Generation EDR
More Reports

Granted, it's difficult to squeeze in another item into kindergarten or elementary students' already busy agenda. An advocate of the arts, music, and sports, I certainly don't think any of those important subjects should be cut (although too many districts are placing them on the chopping block). That said, surely there's a way to incorporate coding into math or science if schools can't create entirely new classes?
Reply  |  Post Message  |  Messages List  |  Start a Board
InformationWeek Is Getting an Upgrade!