In a return to government service, Steve Cooper is joining the Commerce Department as the next chief information officer, a spokesperson for the agency confirmed.

Cooper left the government in January 2013 and has since served as an advisor to CEOs, CIOs, and executive teams of companies doing business with the federal government, according to his LinkedIn profile. He currently holds several professional titles, including principal at consulting firm Deep Water Point, partner at The Strativest Group, LLC, and executive advisor at the Mason Harriman Group.

Cooper's most recent government post was with the Federal Aviation Administration (FAA), where he was named deputy CIO in October 2011. Cooper had joined the FAA in September 2009 as the CIO of its Air Traffic Organization (ATO). While at the FAA, Cooper led the development of the agency's first three-year IT strategy and established a new IT governance structure.

Prior to his position at the FAA, Cooper served as CIO and senior VP of IT at the American Red Cross, a position he took in May 2005. He was there during Hurricanes Katrina, Rita, and Wilma, and introduced the use of a call center for service delivery. Cooper left the Red Cross in June 2007.

Cooper served as the first CIO of the Department of Homeland Security (DHA), where he spearheaded the development of the department's IT strategy and oversaw the creation of an enterprise architecture. 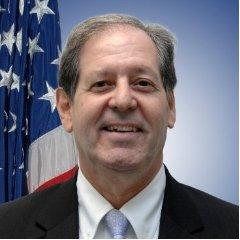 After the DHS, Cooper joined the board of a nonprofit organization called Comcare to work on interoperability standards among emergency responders.

At the Commerce Department, Cooper will replace Simon Szykman, who will remain in the CIO post until Cooper officially begins. Szykman joined the Commerce Department as CIO in May 2010. While in that role, he was responsible for providing leadership, establishing policy, and overseeing the IT portfolio of the department's dozen bureaus.

Szykman also served as CIO of the Commerce Department's National Institute of Standards and Technology (NIST) for more than three years and has worked at the DHS as its first director of cyber security research and development.

More details on Cooper's appointment and Szykman's departure will be available next week, the Commerce spokesperson said.

Elena Malykhina began her career at The Wall Street Journal, and her writing has appeared in various news media outlets, including Scientific American, Newsday, and the Associated Press. For several years, she was the online editor at Brandweek and later Adweek, where she ... View Full Bio
We welcome your comments on this topic on our social media channels, or [contact us directly] with questions about the site.
Comment  |
Email This  |
Print  |
RSS
More Insights
Webcasts
Fact or Fiction? The Truth About Cloud Native Security
Leveraging Infrastructure as Code to Streamline Security & Operations
More Webcasts
White Papers
How Secure Are Your Endpoints?
Business Continuity Program Best Practices Checklist
More White Papers
Reports
SANS 2021 Cloud Security Survey
Cloud & Hybrid Security Tooling Report
More Reports

I am pleased to announce that Steve Cooper will become the next Chief Information Officer (CIO) for the Department of Commerce. In this role, Steve will lead the development and implementation of our enterprise-wide information technology (IT) strategy and operations. He will oversee the building and operation of a robust program for managing risk within enterprise IT security. Steve will also serve as a strategic adviser on mission and business IT systems and services. He will be the principal adviser to bureau leadership and to our next Deputy Secretary, to whom he will report. Steve is one of the most accomplished CIOs in the federal government, and we are happy to have him join the Commerce team. He comes to us with extensive federal and private sector experience, serving as the first CIO at the Department of Homeland Security (DHS). At DHS, he played a pivotal role in developing and implementing the Department's IT strategy, and he oversaw the creation of DHS enterprise networks. Steve led the Department's strategic vision for IT services and guided the implementation of the unclassified and classified networks at DHS. Steve also served in CIO roles at the Federal Aviation Administration, American Red Cross, and Corning, Inc. I look forward to working with Steve and the rest of his team to ensure all Commerce technology investments are mission-focused and business-driven—key priorities in our Department's Strategic Plan.
Reply  |  Post Message  |  Messages List  |  Start a Board

Is it surprising that Steve Cooper came back to serve as a government CIO after having had the chance to escape into the world of business (albeit working with government even then)?
Reply  |  Post Message  |  Messages List  |  Start a Board
InformationWeek Is Getting an Upgrade!