Government alone can't solve society's big challenges. But technology that enables the public can foster an environment of innovation and problem-solving.

When government is forced to do more with less, does it still make sense to expect that government alone can provide the insights and tools needed to address society's challenges?

In the past, we could count on government to have the widest reach, the biggest megaphone, and the deepest pockets. But in today's developing world, the Western model of a deep-pocketed government funded by taxes simply isn't scalable. And as for having the biggest megaphone, well, social media has given everyone a megaphone and the ability to reach people in every corner of the world.

In their new book, The Solution Revolution (Harvard Business Review Press, 2013), my colleagues Bill Eggers (global research director for Deloitte's Public Sector practice) and Paul Macmillan (global industry leader for the Public Sector practice) argue that we're already beginning to move past the old model of government as the sole (or the most important) initiator and incubator of ideas. Through technology, entrepreneurs, established companies, foundations, civic leaders, and citizens are generating new, innovative ways of addressing some of the challenges government has faced for years. In the process, they are breathing life into the "Solution Economy."

[How is the solution revolution impacting CIOs? Read Code For America Made Me A Better IT Leader.]

One example of the solution revolution is a creative organization called Code for America. It brings technology innovators -- midcareer software developers who probably never thought they'd get any closer to government than searching a ".gov" website -- together with local governments to help solve government challenges cooperatively.

In Boston, for example, one Code for America fellow noticed that homeowners shoveled snow from their sidewalks but left the city's fire hydrants buried. This led to Boston's "Adopt-a-Fire Hydrant" app, which allows citizens to commit to clearing snow from a fire hydrant near them, facilitating fire department access. And because Code for America uses open-source programs, other cities across the country have been able to adapt the app for their own purposes. 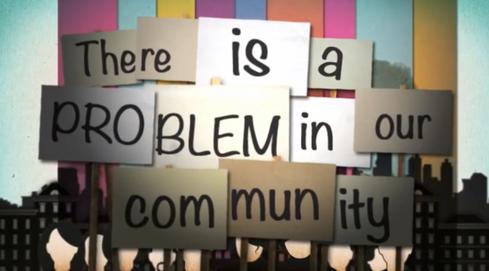 The organization's founder, Jennifer Pahlka, puts it like this: "If government can serve to increase peer-to-peer -- people helping each other -- then we can have more innovative services and services that can scale."

Technology opens new frontiers almost daily because good ideas can be implemented and socialized more quickly and efficiently all the time. And it doesn't necessarily take a lot of infrastructure -- or money. Several different innovators have aimed to reduce traffic congestion and pollution by developing apps that, for example, allow drivers to locate and assist people looking for rides. Other apps support sharing businesses, like Zipcar, and Google's bus service for its employees. Repurposing old approaches to address new problems or creating entirely new ways of getting things done can improve our world on a hydrant-by-hydrant, ride-share by ride-share basis.

In the Solution Economy, the collective clout of change-makers and other innovative contributors -- non-profits like Code for America and the Bill & Melinda Gates Foundation, for-profits like Zipcar, or multinational coalitions like the Global Water Initiative -- can create actionable, scalable change. They are driving measurable results in the form of social outcomes. Bit by bit, they're not only closing the gap between what governments provide and what citizens need, they're striving to make our world a better place and generate a great deal of measurable value.

Part of what's driving the momentum behind the Solution Economy is the fact that the people designing new tools are often the same people who benefit from them -- for example, the software designer who creates an app (which can be shared with other cities) that alerts city managers to infrastructure problems, or the driver who uses a ridesharing app to give someone a lift.

These tools gain extra traction, however, when they feed their own micro-economies. The driver offering a ride, for instance, gets both the altruistic satisfaction of reducing traffic congestion and the very material benefit of a small fee -- either e-cash or a credit -- to be used toward rewards at participating merchants.

What's government's role in all this? As the leader of Deloitte Consulting's federal practice and the daughter of a civil servant, I am well aware of the good that government can do. But even the best-run government agencies can do only so much. The good news: the Solution Economy doesn't require government to do it all. We can stop looking at government as the direct provider and instead allow it to become an enabler, helping to create opportunities for new markets and innovation.

New technologies, including citizen sourcing, have disrupted our old ways of doing business. And change-makers have specialized in finding new ways to solve problems. Combining the two creates something that can make a real difference for our world and the people in it: The Solution Economy.

Janet Foutty is a principal in Deloitte Consulting LLP and federal consulting leader.

We welcome your comments on this topic on our social media channels, or [contact us directly] with questions about the site.
Comment  |
Email This  |
Print  |
RSS
More Insights
Webcasts
What We Can Learn from Sports Analytics
The Failures of Static DLP and How to Protect Against Tomorrow's Email Breaches
More Webcasts
White Papers
From MFA to Zero Trust
Managing OTT Content Distribution in the Connected World
More White Papers
Reports
Special Report: Edge Computing: An IT Platform for the New Enterprise
Building an Effective Cybersecurity Incident Response Team
More Reports

InformationWeek contributor Jonathan Feldman makes some great observations about the evolution of community solutions, in his article: How Code For America Made Me a Better IT Leader.

Among his conclusions: "Enterprises must wake up and start to understand that genuine community -- groups of people allowed to do things they're genuinely interested in, even if they aren't 100% controllable all the time -- can be powerful and effective."
Reply  |  Post Message  |  Messages List  |  Start a Board
Editors' Choice
Hot Topics