E-invoicing: Past Due For US Govt. - InformationWeek

Invoicing, one of the most fundamental processes of business that drives the economy forward, is transforming. But the speed of change is being stymied by private enterprise. Should government step in to lead the way?

The problem with paper
Invoicing provides businesses with the money they need to survive and thrive. But the technology to process these invoices has remained relatively untouched by the digital revolution. According to a recent study by the E-Invoicing Platform, $1.2 trillion dollars is owed to businesses by other businesses at any given time in the United States. Many of these delays can be linked to the fact that a vast majority of companies today still process their invoices on paper. 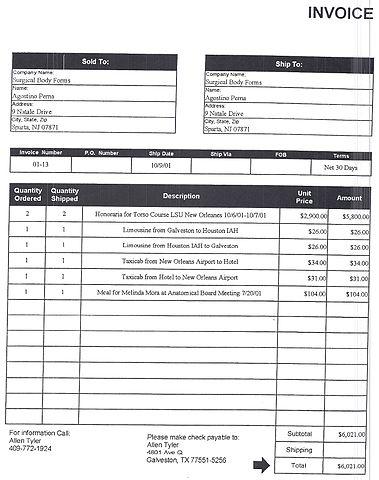 One solution to this antiquated process is e-invoicing. Electronic invoicing technology has existed since the late 1960s but has come of age in the last decade as companies increasingly see its benefits. For example, it takes 17 days to process the average invoice, while e-invoicing reduces the entire process to an average of three days. This decrease in processing time frees up cash flow, thereby helping the economy overall. Governments are taking notice.

The global governmental push
While private enterprise has been slow to adopt solutions to the pay delay problem, governments have spearheaded e-invoicing initiatives all over the globe. According to a 2013 study by The Accounts Payable Network, more than 56 countries have implemented, or anticipate implementing, e-invoicing mandates. These mandates range from federally backed private initiatives to full e-invoice adoption on a nationwide scale.

Europe explores e-invoicing
The European Union has consistently been one of the most active proponents of standardizing, requiring, and regulating e-invoicing. In part, this is due to the massive economy the EU supports, but it's also due to the various currencies it has to deal with in country-to-country payments. Every country in the Union has been required to accept e-invoices since the Electronic Invoicing Directive of 2001, and countries within the union have started to create their own mandates to increase the speed of adoption.

Ten of the 18 countries in the EU have taken it further and have their own e-invoicing mandates, usually pertaining to Business-to-Government (B2G) transactions. This in turn is driving use of e-invoices exponentially, with a 20% increase in the last year alone. With government implementing change on their level, the private sector is responding and will potentially save $2.3 billion per year.

More small-scale initiatives are taking place as well, such as the complete integration of e-invoicing into the NHS, the UK's largest employer. The European adoption may very well have happened without the federal mandate, but not nearly as quickly or universally. The larger EU mandate served as a catalyst for e-invoicing adoption in extremely diverse and connected economies to save money and increase efficiency.

Latin America dives in
While Europe has made great strides in the adoption of e-invoicing with companies doing business with the government, Latin America has been on the forefront of legislation requiring the use of e-invoicing across private organizations. The main difference between traditional e-invoicing mandates and those in countries like Chile, Brazil, and Mexico is the inclusion of business-to-business-integrated (B2B) mandates. Brazil and Mexico now require all B2G and B2B transactions to use e-invoicing, with full adoption expected by the end of the year. Brazil has already seen a savings of $78 million in the last two years – savings that would have never happened without the federal mandate.

This bold mandate illustrates Latin America's belief that e-invoicing can increase revenue, increase business efficiency, and grow the nation's economy -- and businesses are seeing these results. Companies and suppliers are benefiting greatly; Coca-Cola, for example, has saved 70% on processing costs alone in Brazil and Mexico. While these countries may have taken years to implement such a technology, the mandate has pushed industry forward and boosted the countries' economies.

What about the United States?
The United States, while its progress lags that of Europe and Latin America, is starting to take initial steps that may help propel private businesses to adopt e-invoicing. The United States' program, QuickPay (modified into the recently announced SupplierPay), has saved small businesses $1 billion since 2011 in processing costs alone.

Worldwide, governments are seeing the positive changes that e-invoicing can bring to their economies. We expect to see more countries continue the trend and drive adoption of the technology. The number of these mandates should only increase, and soon no supplier will need to wait 90 days to be paid.

Christian Lanng is CEO, Chairman, and co-founder of Tradeshift, a global-business platform connecting enterprises with their suppliers and simplifying vendor relationships. After his first startup at the age of 19, Christian took a position in the Danish Government where ... View Full Bio
We welcome your comments on this topic on our social media channels, or [contact us directly] with questions about the site.
Comment  |
Email This  |
Print  |
RSS
More Insights
Webcasts
Building Asset Management into Your Enterprise Security Strategy
How the Rapid Shift to Remote Work Impacted IT Complexity and Post-Pandemic Security Priorities
More Webcasts
White Papers
From MFA to Zero Trust
WhiteHat Professional Services Package
More White Papers
Reports
Key Strategies for Managing New Risks in Cybersecurity
DNS Network Traffic Volumes During the 2020 Pandemic
More Reports