Moves toward 2015 goal of allowing commercial and private unmanned aircraft into civil airspace.

The Federal Aviation Administration took a step forward this week toward permitting unmanned aircraft to share the airspace over the United States with its selection of six research and testing proposals. The proposals will explore a variety of operational issues involving the operation of unmanned aircraft systems (UASs), often termed drones, such as ground-based pilot certification, safety standards, and collision avoidance.

The testing and evaluation projects will take place in nearly a dozen locations, including New York, New Jersey, Virginia, Nevada, and Alaska. The tests will assess a range of factors affecting the operation of unmanned aircraft, such as geography, weather, and current airspace use. The tests will study different types of commercial and private aircraft that might be used by police and fire departments, utilities, and private citizens.

The FAA received a total of 25 proposals from 24 states. The six proposals approved by the FAA are from: 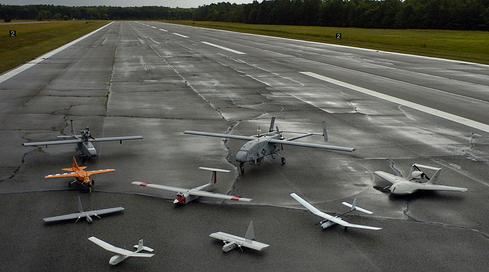 The tests are in important step toward meeting a 2015 Congressional deadline to begin integrating unmanned aircraft into the nation's airspace. But they are also seen as a new source of jobs.

"In designating the first UAS test sites in these states, the FAA has taken an important step toward recognizing the incredible economic and job creation potential this technology brings," said Micahel Toscano, AUVSI's president and CEO, in a statement.

"AUVSI's economic report projects that the expansion of UAS technology will create more than 100,000 jobs nationwide and generate more than $82 billion in economic impact in the first decade following integration."

Patience Wait is a Washington-based reporter who writes regularly about government IT for InformationWeek.

Lorna, I think you're right.  It certainly might give the NRA and gun lobby fresh ammo, pardon the pun, for protecting citizens' rights.  In the meantime, I  think it's time to invest in the next big business in home electronics: Drone Detectors!  And update those threatening "No Trespassing" signs for property owners to include a crossed out image of a drone.
Reply  |  Post Message  |  Messages List  |  Start a Board

Wow, initiatives in Texas, Alaska, Nevada, Virginia and North Dakota. Anyone care to wager on which state will have some yahoo decide to shoot down a drone in the name of freedom? My money is on Texas.

Seriously, it's only a matter of time. What will be the FAA's response?
Reply  |  Post Message  |  Messages List  |  Start a Board

These FAA-sanctioned tests bring us closer to the day when we can expect a new generation of unmanned aircraft, and surveillance gear, to be hovering overhead.  That raises some interesting legal and ethical questions about the increasing invasion of privacy.  What's to protect the public from the prying eyes of GoPro-enabled drones operated by private detectives or your local cat burglar?