Consumers will be able to enroll normally by end of November, when HealthCare.gov is expected to handle a full traffic load, says an Obama administration troubleshooter.

The government's lead official for fixing HealthCare.gov said Friday that the healthcare exchange website will be ready by the end of November to handle the traffic volumes for which it was originally designed. Officials for the Center for Medicare and Medicaid Services, which is administering the exchange program, also announced that consumers hoping to get coverage beginning Jan. 1, 2014, will have an extra week to enroll. The original enrollment deadline of Dec. 15 has been moved to Dec. 23.

Jeff Zients, the Obama administration troubleshooter brought in to oversee the troubled program, said the teams working on hardware and software problems that plagued HealthCare.gov have made more than 300 software improvements and bug fixes so far. By the end of November, the website "will be able to operate at the capacity and volume that was intended, with 50,000 users on the site at the same time," he said in a briefing with reporters Friday. "The system will be able to accommodate more than 800,000 visits a day."

Zients has held a number of senior positions in the Obama administration, including acting director of the Office of Management and Budget. In his briefing, he did not address lingering concerns that incomplete testing may lead to security vulnerabilities.

The registration website connects to a sophisticated data hub, which accesses a number of massive government-run databases to check the user's income and other eligibility information. Sources familiar with the system say that the data hub has been working relatively smoothly, and that the public-facing website was the primary source of the problems.

The website's improvement can be measured by speed of response. When it launched Oct. 1, users were waiting an average of eight seconds for each page to load. That has now dropped to less than one second. Also, the initial error rate had been as high as 6%. Last week, Zients said it had fallen to 1%. This week, it is 0.75%. 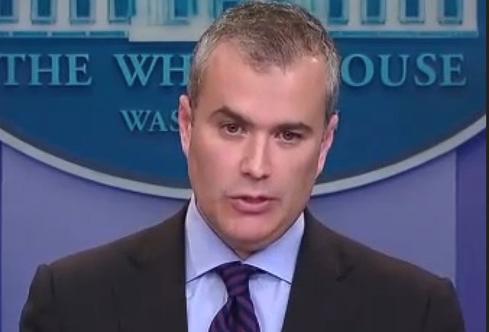 Jeff Zients in his former role as acting director of the Office
of Management and Budget.
(Source: White House)

"There will be times that volumes on HealthCare.gov will exceed capacity," he said. "We will deploy a customer-friendly queuing system [that allows] users to request an email notification when it's a better time to come back to the site."

The website will continue to be taken offline at planned intervals (usually overnight on weekends), to continue the improvements. Upgrades have yet to be implemented in computing, storage, and database environments.

The queuing system will invite users to provide an email address. The system will send a message when the site is less busy, so users can return and complete their applications with less chance of encountering problems.

"While we will continue to fix bugs and make [capacity] fixes, most are now aimed at improving the user experience further along in the enrollment process."

When asked whether all the work would be completed and the site running smoothly by the end of November, Zients said complex systems such as this always need ongoing support. "There will not be a magic moment at the end of the month when our work will be complete."

Advanced persistent threats are evolving in motivation, malice, and sophistication. Are you ready to stop the madness? Also in the new, all-digital The Changing Face Of APTs issue of Dark Reading: Governments aren't the only victims of targeted "intelligence gathering." Enterprises need to be on guard, too (free registration required).

Getting Healthcare.gov to function as it was designed from the start may seem like progress, but hardly worth cheering about.  I'm with Rob and others who argue that outward performance improvements is not to be confused with security assurance.

Finally, an approach that puts the user experience first! While it would be ideal to never have a "queue," the email system isn't a bad idea. Load time from eight seconds to less than one second is also pretty impressive.
Reply  |  Post Message  |  Messages List  |  Start a Board

Healthcare.gov will be fully functional by the end of November? Perhaps it won't crash as often, but it's still full of security holes, by most accounts. That's the bigger long-term issue.
Reply  |  Post Message  |  Messages List  |  Start a Board
InformationWeek Is Getting an Upgrade!