2 comments
Comment Now
The Hubble Space Telescope has helped solve huge questions about space. Coming next: Its successor will look back even further into time. 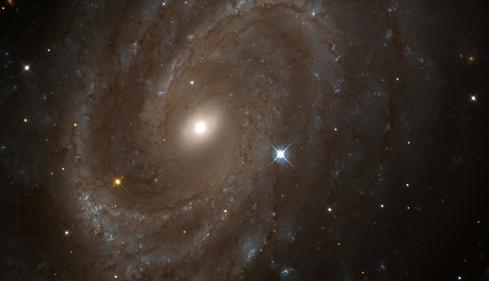 Age of the universe
One of Hubble's biggest accomplishments was pinpointing the precise age of the universe. The telescope has been able to measure the brightness of dozens of pulsating stars, a thousand times brighter than the Sun. The brightness allows astronomers to calculate the distance of the stars from Earth. By combining this Hubble study and other analyses, astronomers have determined that the universe is about 13.75 billion years old.

One day we may know what happened before big bang and  look further back into time with the help of a telescope more advanced than Hubble. But it will remain the pioneer of the greatest journey of mankind, providing a kick-start to exploration of the space and debunking most of the myths people of all times had concocted since the start. We owe a great deal of the enligtenment of our civilization to the Hubble.
Reply  |  Post Message  |  Messages List  |  Start a Board

A good one, where are the sharing icons ?
Reply  |  Post Message  |  Messages List  |  Start a Board
Editors' Choice
Hot Topics

9 Ways to Improve IT and Operational Efficiencies in 2020 Cynthia Harvey, Freelance Journalist, InformationWeek,  1/2/2020
White Papers
NetFlow vs Packet Data
[Exclusive InformationWeek IT Trend Report] The Cloud Gets Ready for the 20's
Definitive Guide to Securing DevOps
What to Expect When You're Expecting a Data Breach: End of Year Report
How Enterprises are Attacking the Cybersecurity Problem