Joseph Klimavicz, who led IT, big data, and datacenter consolidation initiatives at NOAA, will assume the DoJ's CIO seat in May.

The Department of Justice (DoJ) has appointed Joseph Klimavicz as its chief information officer. Klimavicz hails from the National Oceanic and Atmospheric Administration (NOAA), where he served as CIO for more than seven years.

Klimavicz will assume his new post in late May, replacing former CIO Luke McCormack, the DoJ said. He will oversee the Justice Department's IT programs and services, including IT infrastructure services like telecommunications, desktop and datacenter services, and IT security.

Kevin Deeley, DoJ's deputy CIO, has served as acting CIO since McCormack left the department in November 2013 to become the CIO of the Department of Homeland Security. Deeley will continue to serve as deputy CIO, according to the DoJ.

[Klimavicz was recognized by InformationWeek as one of government's most influential CIOs. See who else is on the list: 25 Most Influential Government CIOs.]

"Joe is well positioned to lead the department's efforts to continue to enhance our cyber-security protections and our law enforcement sharing programs," deputy attorney general James Cole said in a statement. "As acting CIO, Kevin has ensured that the department's overall information technology efforts have remained on track and that our cyber-security programs have remained strong. I want to thank him for his leadership during this time of transition." 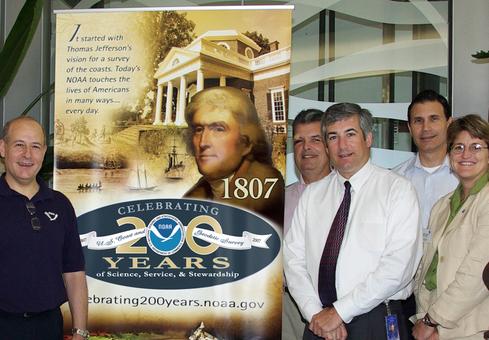 Klimavicz has served as NOAA's CIO since January 2007. There, he was responsible for the acquisition, management, and use of NOAA's IT resources, such as high-performance computing and communications infrastructure. Under his supervision, NOAA came to the aid of scientists and the public with a mapping website that tracked the Deepwater Horizon oil spill in the Gulf of Mexico in April 2010.

Klimavicz has spent more than 25 years working in the federal government. In addition to NOAA, he held several posts at the Department of Defense, including director of the Enterprise Services Office and chief of the Infrastructure Operations and Support Division for the National Imagery and Mapping Agency. From December 2003 to January 2007, he served in the DoD as deputy CIO of the National Geospatial-Intelligence Agency.

Last year, Klimavicz was recognized by InformationWeek as one the most influential CIOs in government. Some of his achievements include being an early adopter of cloud computing and, owing to his agency's scientific mission, of big data platforms and processes. Klimavicz was also recognized in 2011 for instituting new IT governance processes at NOAA and establishing its cyber security operations center, among other achievements.