QuickLaunch streamlines the licensing of more than 30 of the space agency's technologies.

NASA has introduced an online tool that allows business and individuals to license more than 30 patented NASA technologies for commercial development. QuickLaunch offers a variety of technologies -- from a cathode luminescence sight to coatings that prevent corrosion -- with more to be added during the coming year.

QuickLaunch is designed to make it simpler to purchase nonexclusive licenses for NASA technologies (paying annual royalties) or evaluation licenses for limited periods. The new NASA site provides pre-approved terms and conditions, including fixed, up-front, and royalty pricing. Users can search by NASA center or by technology category, and they can file a licensing application online. 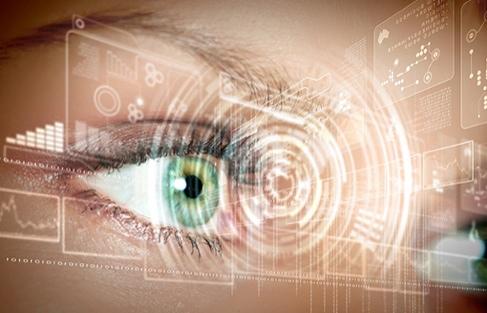 What makes QuickLaunch different from regular NASA licensing is the turnaround time. The tool offers "a streamlined process for electronic agreements and significantly reduced response and approval times," NASA said in a press release. Fees and standard license terms are published and not negotiated. The process from application approval to license agreement usually takes less than a month through QuickLaunch. By comparison, regular NASA licenses could take 3-9 months.

Technologies provided through QuickLaunch licensing are split into categories that include aerospace, biomedical, communications, electronics, energy, materials, sensors, and software. One example is a wireless system that issues an alert when an object or person has been left unattended; this system can be used to safeguard children. The system contains a sensor switch, which is fastened to the side of a car seat. It triggers instantly when a child is placed in the seat and deactivates when the child is removed.

Among other technologies business can license:

[You don't have to travel to Mars to see some of NASA's innovations. See: NASA Curiosity Rover's Year On Mars: 5 Breakthroughs]

In addition to QuickLaunch, NASA offers a variety of technologies for licensing through its Tech Transfer Portal, which houses data from the agency's 10 field centers and headquarters. The new licensing tool is not officially part of NASA's open government action plan, but an agency spokesperson told us in an email that it "meets the spirit of open government as it offers information to the public and encourages collaboration."

Back in April 2010, NASA released a comprehensive open government plan, highlighting awards, social networking, and collaboration as key efforts dedicated to making the agency more transparent. The plan outlined 147 goals across 22 organizations, including changes to its policy, technology, and culture. The agency launched an open data project as part of the Open Government Initiative, and it has since been expanding its publicly available datasets. The goal, according to NASA, is to encourage developers, technologists, entrepreneurs, and citizen scientists to contribute to science by finding new ways of using this data.

Moving email to the cloud has lowered IT costs and improved efficiency. Find out what federal agencies can learn from early adopters in "The Great Email Migration" report (free registration required).

We welcome your comments on this topic on our social media channels, or [contact us directly] with questions about the site.
Comment  |
Email This  |
Print  |
RSS
More Insights
Webcasts
Hybrid Cloud: The Great Balancing Act
Cybersecurity's Next Wave: What You Should Know
More Webcasts
White Papers
Why Add Security to Your Skill Set and How to Do It
Definitive Guide to Endpoint Privilege Management
More White Papers
Reports
The Infoblox Q4 2020 Cyberthreat Intelligence Report
The State of DevSecOps Report
More Reports

"One of the many great things about NASA and its mission are the technologies that enhance life here, back on Earth."

Exactly. It makes sense that companies on Earth could use these technologies that have been or are being used in the ISS, and space missions already.

This is essence of IW, fresh news and updates Thank's for keeping me updated .... also i guess QuickLaunch licenses have a initial fee and annual royalty, curious to learn more about annual royalty here.
Reply  |  Post Message  |  Messages List  |  Start a Board

One of the many great things about NASA and its mission are the technologies that enhance life here, back on Earth. This latest innovation will make those technologies available to terrestrial enterprise in a faster, cheaper, and more efficient manner. It will help all to see the value of space research, and, of course, many of the advances made here with the help of NASA's input will eventually be exploited by NASA itself. This is positive feedback at its very best.
Reply  |  Post Message  |  Messages List  |  Start a Board

I can't wait until NASA starts reimbursing the taxpayers who funded its advances with the fees it's getting from this program. Oh, it's not giving anything back? Nevermind.
Reply  |  Post Message  |  Messages List  |  Start a Board

You really have to give the folks at NASA credit for their creative, and open-minded approach in working with the scientific community, space enthusiasts, and the commerical world to share what NASA keeps learning.