0%
Tweet
The FCC has won its latest court battle over net neutrality rules this week, but that might not matter as much as you think. A bigger battle is looming that includes presidential politics and the US Supreme Court.

On June 14, the US Court of Appeals for the District Of Columbia gave ISPs the news they had been dreading: The Federal Communications Commission's rules on net neutrality are just fine, because internet access can be legally considered a public utility.

The decision had been eagerly awaited, but no one involved or watching believes that this decision marks the end of the debate or the battle.

So let's take a look at the decision, why it matters, and why it doesn't.

The three-judge panel upheld the FCC's regulations -- and with them, the FCC's right to regulate ISPs -- in a 2-1 decision. This is the same court that struck down two previous FCC regulatory attempts, so this decision indicates that the FCC finally figured out the combination of technical rule-making and justification that the judges would find compelling. 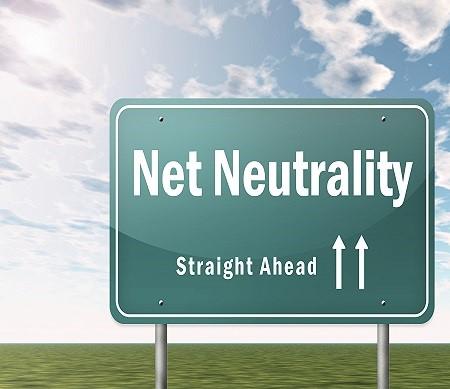 Within the decision is wording that recognizes a significant change that has occurred within the ISP world: We've shifted from ISPs that also provided a great deal of content (the old Compuserve and AOL model) to ISPs that provide a connection to content created by others.

The FCC's rules say, and the court now agrees, that the ISP must be a neutral connection.

In a dissent, one judge noted that the FCC had not justified the need for neutrality regulation. It's important to note that he didn't say that the FCC doesn't have the statutory authority to regulate the ISPs -- only that it has not yet shown that the regulation is necessary.

If the decision of this court stands, net neutrality rules will be in force. What we don't know is whether regulations will be allowed to stand. That brings us to why this decision matters -- and why it might not matter at all.

Why the Decision Matters

The most surprising thing about the decision was its breadth.

Regulatory court battles frequently end with decisions that leave each side able to claim some victory, and each side with grounds for an appeal. In this case, though, the FCC ran the table, winning on every point. Where two previous net neutrality attempts had run aground on fairly technical rocks, this time the FCC staff appeared to have learned lessons and applied them in ways that the court found convincing.

Indeed, the court ruled in the FCC's favor in two critical ways.

First, the court agreed that the FCC has the statutory ability to regulate ISPs' behavior at least in part because ISPs are basically public utilities. Next, the court found that the particular regulations in dispute are legal applications of the FCC's regulatory ability.

Of all that, the definition of ISPs as utilities has the widest implication. With that decision, suddenly all sorts of regulations become possible, and that is the decision that the ISPs are most likely to want the Supreme Court to overturn.

The next step, the one to the Supreme Court, explains why this decision might not matter at all.

There are two bodies in different parts of the government that could render the court's decision meaningless. The first is the Supreme Court of the US (SCOTUS). The other is congress. Here's what each could do.

There's no doubt that the decision will be appealed. I'm certain that appeal documents had been drafted before the decision and were simply waiting for the actual text of the decision to be finalized. Once the appeal is filed, there are a couple of branches in the decision tree.

The first branch is at the point where SCOTUS will decide whether or not to take the case. If the Supreme Court refuses to take the case, then the current decision stands, and the FCC will move forward with their plans. (Or not -- see the next point.)

If SCOTUS does take the case, then we go into a holding pattern for roughly a year while arguments are prepared and made, and finally a decision is rendered. That decision could be anything on a spectrum from full confirmation of the lower court's decision to complete rejection of that decision, with all sorts of implications for anything short of full confirmation. Really, if SCOTUS accepts the case, then find somewhere to go to breathe deeply for a year, until we know more.

Whether or not SCOTUS takes the case, Congress can decide that it will provide the FCC with no funding to enforce any regulation. Such a bill has already been introduced in the House of Representatives. In the unlikely event that this bill makes it all the way through Congress before the end of this election year, it's highly likely that President Obama would pull out the veto pen, and the Congressional process would begin again.

Any real Congressional action is going to have to wait until the next session begins. At that point we'll know who the next president is and the makeup of the next Congress. Speculation can then start over.

That's it. A court has spoken and, for the moment, net neutrality is the rule of the land. How neutral will the internet be at this time next year? All I can recommend is that you stay tuned to the neutral net for updates.

Curtis Franklin Jr. is Senior Editor at Dark Reading. In this role he focuses on product and technology coverage for the publication. In addition he works on audio and video programming for Dark Reading and contributes to activities at Interop ITX, Black Hat, INsecurity, and ... View Full Bio
We welcome your comments on this topic on our social media channels, or [contact us directly] with questions about the site.
Comment  |
Email This  |
Print  |
RSS
More Insights
Webcasts
The Best Ways to Stop Malware and Ransomware That No One Else Will Tell You
Deception: The Next Step In Cyber Defense
More Webcasts
White Papers
2020 Gartner Market Guide for Network Detection & Response
How You Can Evaluate Your Org's Cybersecurity Readiness
More White Papers
Reports
How IT Security Organizations are Attacking the Cybersecurity Problem
The Drive for Shift-Left Performance Testing
More Reports

I'm curious about the unintended consequences of an eventual ruling. How and what will change in ways we didn't expect?
Reply  |  Post Message  |  Messages List  |  Start a Board

Good summary of the issues -- and there are many -- and the jury is still out.

But I'll take what we can get, i.e., that "internet access can be legally considered a public utility."