InformationWeek spoke with Canadian Royal Navy Lieutenant Marco Chouinard of the NORAD Tracks Santa team to get more information on how the organization pulls off the demanding tasks of keeping up with the jolly old elf and sharing his up-to-the-minute status on social media. Here's what we learned.

Once a year, North America is invaded from the air. And the North American Aerospace Defense Command (NORAD) is cool with that.

For the 60th consecutive year, NORAD will track Santa's annual visit to Canada and the U.S. on Christmas Eve. The military organization will monitor every move made by Santa Claus and his eight airborne caribou, provide a courtesy fighter escort to the jolly old elf, and offer up-to-the-minute updates on Santa's position to news organizations, callers, and visitors to the operation's website, or its Facebook and Twitter pages. There are also NORAD Tracks Santa mobile apps for iPhone and Android users who prefer to monitor St. Nick via smartphone or tablet.

InformationWeek spoke to Canadian Royal Navy Lieutenant Marco Chouinard of the NORAD Tracks Santa team to get more information on how the organization pulls off the demanding task. Lt. Chouinard said that the entire team is made up of approximately 1,500 Canadian and American personnel, civilians, and their families. The volunteers will staff phone banks and social media sites for roughly 23 hours straight to make sure that children and parents have accurate information on Santa's path.

The long hours are necessary because NORAD Tracks Santa doesn't simply serve a North American audience: The operation's website is available in eight languages. According to Lt. Chouinard, "Last year, there were 21.8 million visits to noradsanta.org from 234 countries and territories. On December 24 we received over 134,00 calls and answered over 6,500 emails."

NORAD is on social media, as well. Chouinard said that the operation has more than 1.6 million Facebook fans, many of whom will use the Facebook page to follow Santa's progress. In order to keep information flowing to all those individuals, NORAD Tracks Santa has been preparing throughout the year. 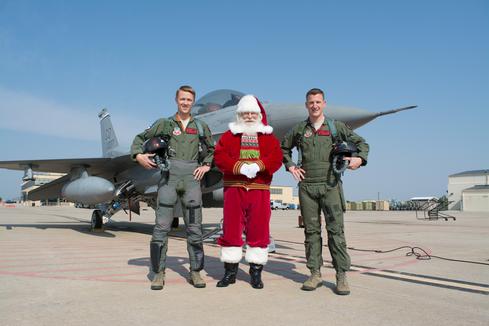 The Canadian NORAD Region named its flight escort crews and tracking teams at the beginning of December. The four aircrews and tracking teams will escort Santa and his sleigh from the time they are initially detected until they are handed off to the U.S. NORAD teams. In a prepared statement, Major-General David Wheeler, Commander Canadian NORAD Region, said, "The men and women of the Canadian NORAD Region keep watchful eyes over North American airspace 24 hours a day, seven days a week. It's a great responsibility to ensure Santa's safe passage around North America so that he can continue his journey of goodwill and cheer, and we're honored to celebrate 60 successful years of this gratifying mission." 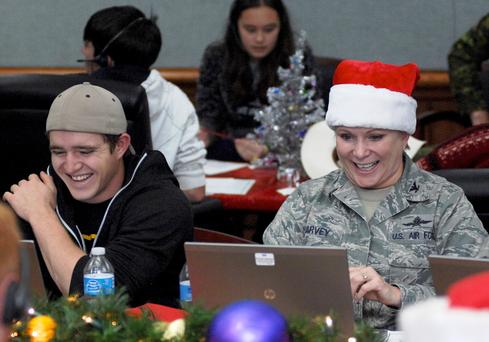 The story of how NORAD (originally CONAD) began its Santa-tracking mission is subject to some argument and a bit of historical revision. What is beyond argument, though, is that NORAD Tracks Santa has become a part of many family traditions and a yearly reminder that there are human beings within and behind all the machinery making up the airborne portions of our national defenses.

For technology executives, NORAD Tracks Santa is an example of an effort to humanize off-putting technology in a way that speaks to the audience in a heartfelt way. And that such an effort, if done well and for long enough, can take on a life that informs both the audience and the tech organization itself.

Curtis Franklin Jr. is Senior Analyst at Omdia, focusing on enterprise security management. Curtis has been writing about technologies and products in computing and networking since the early 1980s. He has been on staff and contributed to technology-industry publications ... View Full Bio
We welcome your comments on this topic on our social media channels, or [contact us directly] with questions about the site.
Comment  |
Email This  |
Print  |
RSS
More Insights
Webcasts
Bolstering Your Enterprise Cyber Risk Assessment
The Experts Guide to Ransomware Response
More Webcasts
White Papers
Guide to Enabling 5G Deployments
Top Serverless Security Risks and How to Mitigate
More White Papers
Reports
2021 Email Threat Report
The State of Cybersecurity Incident Response
More Reports