NYC Mayor Bill de Blasio wants computer science education offered to all students within the next 10 years. Finding the right teachers, however, may be difficult.

10 Cities Where Your IT Pay Is Worth The Most
(Click image for larger view and slideshow.)

New York City's Mayor Bill de Blasio announced on Wednesday, Sept. 16, that within 10 years, city schools will offer some form of computer science education to all of their students.

The city's Computer Science for All will "deliver computer science education to every student in New York public schools -- from the 9-year-old learning to program Scratch in the Bronx to the 15-year-old building web applications in Brooklyn -- over the next 10 years," according to the mayor's office. "This will make New York City the largest school district in the country to provide computer science education to all students, in all public schools."

Mayor De Blasio added that the plan, "speaks to the reality of the world we live in now. From Silicon Alley to Wall Street to the fashion runways, industries all across our city are increasingly relying on new technologies -- and are in need of workers with the experience to help them achieve success."

Currently, fewer than 10% of city schools offer any form of computer science education, while only 1% of students receive it, according to the city's Board of Education. 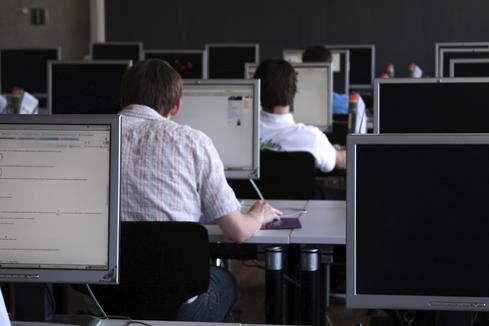 The mayor will not propose that computer science become a graduation requirement. In fact, middle and high schools can choose to offer it simply as an elective.

CSFA's plan is to spend $81 million over 10 years, half of which the city would like to raise from private sources.

Already, some potential donors have been creating partnerships for this effort. They include the AOL Charitable Foundation, the Robin Hood Foundation, and the venture capitalist Fred Wilson.

Chicago and San Francisco have both made similar commitments on computer science.

Chicago wants a yearlong computer science course to be a high school graduation requirement by 2018, which is far beyond what de Blasio proposes. Indeed, Chicago also wants to offer computer science to at least 25% of elementary school children within the same time frame that it institutes this requirement.

The San Francisco Board of Education voted in June to offer computer science from pre-kindergarten through high school, and to make it mandatory through eighth grade.

No part of the Mayor's plan makes participation mandatory.

Google and Microsoft have both donated to Chicago's effort. San Francisco has received financing from Salesforce, Facebook, and Zynga for its plans.

Delivering on his proposal may be hard for the Mayor to implement, despite tech industry encouragement.

Most pressing among the problems to solve, the teachers needed to do the teaching are hard to find. There is no New York State teacher certification in computer science, and thus there is not a pipeline of computer science teachers coming out of state colleges.

Although the National Science Foundation has said it plans to train 10,000 teachers to teach computer science, more are needed nationwide.

Larry Loeb has written for many of the last century's major "dead tree" computer magazines, having been, among other things, a consulting editor for BYTE magazine and senior editor for the launch of WebWeek. He has written a book on the Secure Electronic Transaction Internet ... View Full Bio
We welcome your comments on this topic on our social media channels, or [contact us directly] with questions about the site.
Comment  |
Email This  |
Print  |
RSS
More Insights
Webcasts
Fintech at SaaS speed: Navigating the scale & security challenge
4 Practical Tips for Building a Data Lake
More Webcasts
White Papers
Must-Read Research: Why Sustainable 5G Networks are a 150-Year-Old Problem
Research from STL Partners and Vertiv Reveals Why Telcos Should Prioritize Efficiency and Sustainability in 5G Network
More White Papers
Reports
2021 Digital Transformation Report
The State of Endpoint Security
More Reports

Should we have taught them electronics?

Well, kids might use smartphones but most of them got no real idea on how to code for one, or even the underlying principles of what the thing does.

Computer literacy means you got some idea of how things work. You can always drill down into the specifics, but way too many youngun's got no idea even at an overview level.

Hopefully, this stuff will stick to the kids as they mature.
Reply  |  Post Message  |  Messages List  |  Start a Board

I think DeBlasio gets the importance of it.

Now, he has to train his teachers to teach it.
Reply  |  Post Message  |  Messages List  |  Start a Board
InformationWeek Is Getting an Upgrade!