Lezgro, a 50-person IT outsourcing firm, urges Western companies to move IT work from Russia to Ukraine to take advantage of country's tech talent.

The news out of the Ukraine, with Russian troops on its eastern border and armed militiamen holding government buildings in the eastern provinces, sounds dire. But to one IT consulting shop, it's a time to stay calm and carry on.

Ihor Pidruchny, head of Lezgro, a programming and IT consulting firm in the western Ukraine, responded via email to questions about his business and those of associates who make up the Ukrainian IT Development Center, a group he founded to promote outsourcing to Ukrainian firms.

While acknowledging the situation, Pidruchny said neither he nor his employees live in daily fear of invasion or a full scale war breaking out. Although this exchange took place several days before the latest developments in the Ukraine, Pidruchny, when asked if there was anything companies in North America or Europe can do, urged those watching to "shift your outsourcing projects from Russia to the Ukraine. Not only will you help us, you will gain a real advantage out of it.

"We all definitely support the changes and the new transitional government" under Acting Prime Minister Arseniy Yatsenyuk, versus ousted President Yanukovych, he said. "There is nothing to hide here -- I believe political position is above any business purpose. Supporting the changes means supporting the basic freedoms and human rights."

[Want to learn more about reaction to Russia's annexation of Crimea? See Google Maps Shows Crimea As Russian To Russians.]

At the same time, he believes the upheaval and threat of potential violence has the potential of damaging business relations between Ukrainian tech companies and the rest of the world. "Surprisingly it doesn't, at least for me and for my friends in the industry. However, I am aware that big multi-million dollar contracts have been suspended by potential clients at big outsourcing companies." 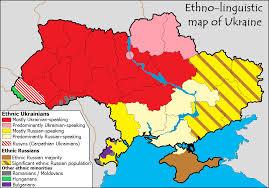 As founder and head of the Ukrainian IT Development Center, he has sought the opposite. The center has built a "plan of technological innovation" that the country as a whole might follow. Friends "with knowledge based on experience from other countries" have helped him form the center and draft the plan.

"Once we all understood that we had gained a better, more open government... multiple initiatives in IT and technology arose to promote the industry," he wrote. Mainly, the group is seeking to reduce the barriers to starting a new business in the Ukraine and ease taxation until a new business can get on its feet. "Many of initiatives are in the ideation stage -- some have duplicate ideas and would gain velocity if they would unite efforts," he said.

Pidruchny sees his own role as twofold: help business associates implement their ideas for strengthening the country's technology economy and use his "good connections" with the Ukrainian Parliament's IT Committee to connect the public and private sector with new laws.

An orientation to the West seems to come naturally to him. His firm has looked to the U.S., Canada, and Australia to find most of its work, not to Russia or other former members of the Communist block; also, surprisingly, not much to Western Europe. "We tried working with Europe," he said, "but over time, we understood that we have better chemistry with folks in the initial markets and decided to focus on them.

"Our success with North American markets is due to the unique culture that our company nurtures. It resonates with our clients," he said.

Pidruchny is unapologetically behind the new government and a change in the Ukraine's world view that shifts its outlook westward.

"Apparently we will have to get used living under threat, but we are not the only country like that in the world. If it doesn't kill us, it makes us stronger -- we need to innovate and make Ukraine one of the world's top technological countries," he wrote.

The Ukraine until recently has been host to manufacturing of weapons used by the Russian military and was still exporting weapons to Russia until recently. "Innovation in the sphere of the arms industry may also become a priority," he wrote.

"I know we all see threatening pictures, but at the end of the day, it happens on a very limited territory. Technological talent in Ukraine is well recognized worldwide. Pay attention to working with Ukrainian development shops, shift your outsourcing projects from Russia to Ukraine," he wrote.

"We want the IT outsourcing industry to become a major sector in our economy within 5 to10 years," he added.

His firm, Lezgro, is located in the western part of the country in Lviv and Ivano-Frankivsk, two towns not far from the border with Poland. It is focused on cloud and mobile projects for both B2B and consumer applications. His firm has specialized in PHP and Ruby development for the backend; JavaScript MVC for the front end. JavaScript Model View Controller is a standard way of organizing end user interactions with the parts of a program on a server. Lezgro can also use Objective C and technologies native to iOS for Apple devices. His firm has 50 employees, half of them developers and the rest in quality assurance, project managers, designers, and top management.

"I had a chance to take a poll of the audience during my recent speech at the Lviv International Outsourcing Forum. Only two people out of 100 stated that their business went down. Approximately 98 in the audience raised a hand when I asked if their businesses either maintained the same level or grew," Pidruchny reported, with an even split between the two categories. The forum was made up of primarily small firms, like his own.

Nevertheless, Pidruchny thinks this time of testing that may result in stronger ties between the technology sector of the Ukraine and the West as a whole. "Ukraine is a very morally strong country. We have shown our high sense of dignity," he wrote, and it would be happy to demonstrate its growing technical prowess as well.

Charles Babcock is an editor-at-large for InformationWeek and author of Management Strategies for the Cloud Revolution, a McGraw-Hill book. He is the former editor-in-chief of Digital News, former software editor of Computerworld and former technology editor of Interactive ... View Full Bio
We welcome your comments on this topic on our social media channels, or [contact us directly] with questions about the site.
Comment  |
Email This  |
Print  |
RSS
More Insights
Webcasts
Key technology trends in 2021 - Making these technologies work for your business
Detecting and Preventing Insider Data Leaks
More Webcasts
White Papers
Sunburst: Impact and Timeline
Enabling Enterprise Resiliency Through Cyberthreat Detection
More White Papers
Reports
Intelligent Outcomes Are Key to Business Resilience
The State of Cloud Computing - Fall 2020
More Reports

The only advantage I see in using Ukraine tech at the moment is a deeply discounted talent pool based on the fact that the political upheaval in the country is interfering with the status quo.  Any other facet of advantage, not so much.
Reply  |  Post Message  |  Messages List  |  Start a Board

The Ukraine hsitorically has had divisions between its eastern and western parts,  but an emerging technology segment to the economy might help bind it together. It also has a legacy of industrious people.
Reply  |  Post Message  |  Messages List  |  Start a Board

As Lezgro notes, the dynamics of the situation vary for larger and smaller outsourcing firms. I am sure the company has learned lessons about continuity from previous upheavals elsewhere in the world. But what do you think, readers?
Reply  |  Post Message  |  Messages List  |  Start a Board
Editors' Choice
Hot Topics