Most Wasteful Government IT Projects Of 2013
(Click image for larger view and slideshow.)

In his State of the Union address last month, President Obama stressed the importance of passing legislation to fight patent trolling and limit abusive litigation, where companies seek royalties from unsuspecting product users, or challenge the legitimacy of patents to avoid paying royalties. Patent assertion entities are a drain on the economy, according to a White House report, and hurt companies, the president said.

Echoing the president's sentiments, Park said at Thursday's event, "We care deeply about innovation. Patent trolls hinder rather than help innovation. We have been listening and will continue to take executive action to combat patent trolls."

[The new executive actions are the latest efforts in The White House's War on Patent Trolls.]

The first executive action announced Thursday involves the creation of Crowdsourcing Prior Art, an initiative where companies, experts, and the general public assist patent examiners, holders, and applicants in finding prior art, or technical information that could determine whether an invention is truly original. "This will help our parent examiners determine whether an invention is worthy of a patent," said Pritzker. 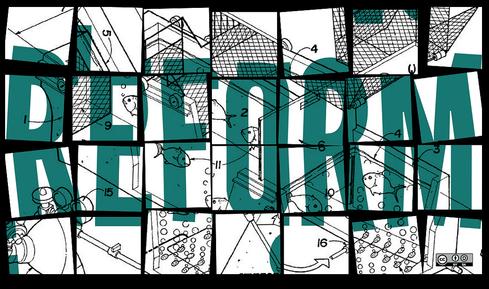 The second action focuses on increasing accessibility of the patent system. The US Patent and Trademark Office (USPTO) said it will offer resources to inventors without legal representation. As part of that effort, USPTO will appoint a full-time pro bono coordinator and expand the existing America Invents Act pro bono program to all 50 states.

Third, USPTO will provide patent examiners with more technical training to help them keep up with fast-changing technology fields. USPTO said it wants to make it easier for technologists and engineers to make their expertise available to examiners.

Lee said the administration has made significant progress on the five actions introduced by the president last June. To promote transparency, USPTO recently published a draft rule to ensure that patent owners accurately record and update ownership information involved in proceedings.

USPTO also introduced a training program for examiners looking at claims, and is in the process of launching a pilot program that uses glossaries to promote patent clarity. Delivering on another promise, USPTO has created an online toolkit that answers common patent questions and offers access to other resources.

"We want 2014 to be the year when the president signs patent legislation," said Sperling. "This is an area where there's hope for bipartisan action."

Elena Malykhina began her career at The Wall Street Journal, and her writing has appeared in various news media outlets, including Scientific American, Newsday, and the Associated Press. For several years, she was the online editor at Brandweek and later Adweek, where she ... View Full Bio
We welcome your comments on this topic on our social media channels, or [contact us directly] with questions about the site.
Comment  |
Email This  |
Print  |
RSS
More Insights
Webcasts
Unifying Your Endpoint Security Strategy
Monitoring Critical Cloud Workloads
More Webcasts
White Papers
Incident Readiness and Building Response Playbook
Defending Against Critical Threats
More White Papers
Reports
Forrester Report: The Total Economic Impact Of Bizagi's Low-Code Intelligent Process Automation Platform
State of the Intelligent Information Management Industry in 2021
More Reports

Tom, I agree, the idea that tweaks in software code deserve to be patent protected has created a nightmarish situation for patent examiners.
Reply  |  Post Message  |  Messages List  |  Start a Board

Thanks for sharing your observations here.  We'll keep these in mind as we continue to cover this.
Reply  |  Post Message  |  Messages List  |  Start a Board

Thanks for sharing your story. I'm sure you're not alone in experiencing how inventive ideas can get blocked because of overly general patents held by companies w/ deep pockets.

I'd be interested in your thoiughts on how useful the new "Patent Litigation" toolkit is on  the USPTO site, that I understand is a first for USPTO in helping business with some of these issues.  See http://www.uspto.gov/patents/litigation/index.jsp

Individual inventors with truly novel ideas deserve patent protection. But no one seems willing to address the possibility that much of what is currently patentable should not be patentable at all. The notion that Amazon could patent purchasing an item with a single click is absurd. Business method patents for software should not exist.
Reply  |  Post Message  |  Messages List  |  Start a Board

No question, it's not easy for the little guys. But innovation doesn't start with playing the victim. I encourage you -- and every underdog -- to go and read Malcolm Gladwell's latest book, "David and Goliath" and what it says about underdogs, misfits and the art of battling giants!

I'm with somedude8.  The idea is that patent examiners can't know all there is to know to prove the uniqueness of a design.  Crowdsourcing isn't the only answer.  More training and better tools are needed to. But it is essentially free, taps into a greater body of observers, and hopefully makes sense to fold into the process with today's technology.
Reply  |  Post Message  |  Messages List  |  Start a Board
InformationWeek Is Getting an Upgrade!