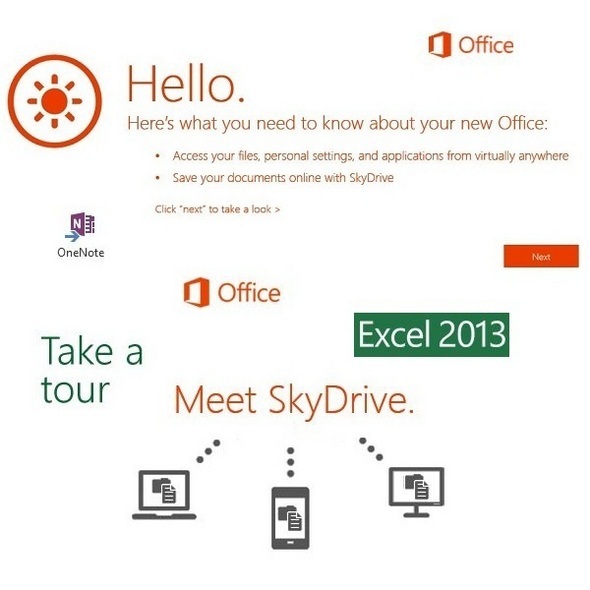 Microsoft through the years has earned a reputation for being stodgy and dull, but deep down inside, Redmond's a gambler. How else can you explain the company's decision to essentially bet the farm on Windows 8--a radical redesign of the world's dominant desktop computer operating system--to create a one-size-fits-all user interface for PCs, tablets, and phones? The new Office 2013, the latest version of Microsoft's (again dominant) productivity suite, is part of that risky strategy.

Office 2013, which won't ship until sometime next year, at unannounced prices, isn't as bold a departure from its predecessor as Windows 8 compared to Windows 7. The familiar Office Ribbon--love it or hate it--is still the primary means of navigation in Word, Excel, PowerPoint, and other Office programs. But the Ribbon has adopted a flatter, no-nonsense look inspired by Windows 8's Metro apps. And many of Office 2013's innovations are geared towards multi-touch tablets, including finger and stylus controls that may help spur Office's migration to mobile devices, where Microsoft is just another also-ran behind dominant players Apple (iOS) and Google (Android).

Despite the mobile focus, there's plenty of cool stuff in Office 2013 for desktop users. Topping the list is the tight integration of Microsoft's SkyDrive cloud service, which saves Office files online and syncs them across multiple digital devices. For business users there's Office's new integration with recently acquired Microsoft properties, including Skype and the Yammer social network. And Word, Excel, PowerPoint, and OneNote have a few several compelling enhancements too, although not enough to warrant an upgrade on their own.

So what's Microsoft's game plan with Office 2013? To battle the consumerization of IT, writes Forrester analyst Rob Koplowitz in a Monday blog post:

"For a long time Microsoft ruled the knowledge worker part of the IT seas with impunity. They have fended off attacks from the expected folks like IBM and Oracle rather handily. Then the consumerization wave hit. Turns out the danger came not from a frontal assault from another battleship, but from a huge array of small pirates. Knowledge worker eyeballs that always belonged to Microsoft strayed to Evernote, Dropbox, Box, Jive, Yammer, Google Apps, Confluence, you name it."

Is Office 2013 the right productivity suite for an increasingly mobile workforce? Click through the slideshow and draw your own opinions.