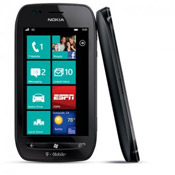 Nokia Lumia 710
Microsoft is drawing flack from its mobile customers for giving carriers too much say on which Windows Phone updates are available to users, and when.

The controversial policy was disclosed Friday in a blog post by Windows Phone general manager Eric Hautala. In his post, Hautala announced an update to fix a keyboard glitch and other bugs. What caught users' attention, however, was his statement that the 7.10.8107.79 update for Windows Phone is now "available to all carriers that request it."

Windows Phone buyers wasted no time blasting Microsoft for what many said was a policy that puts the interests of carriers like AT&T, T-Mobile, and Sprint ahead of users' needs. "Am I the only one who doesn't like the sound of 'available to all carriers that request it'?" wrote irate customer Chrilo, in response to Hautala's post.

"The 'every carrier that requests it' could be the single thing that drives me away from Windows Phone," said McHale, another upset user. "Looks like Windows Phone is trying to emulate Android. At least Apple was smart and took that power out of the hands of the carriers so everybody would have a good, consistent experience."

A common theme throughout the complaints was the belief that carriers would be slow to push Windows Phone updates because users of devices built around the OS account for such a small percentage of their customer base. According to market watcher Gartner, Windows Phone's share of the U.S. mobile operating system market stands at just 1.5%.

"Making a change to allow the carriers to request updates hurts the end users, the hardware OEMs, and ultimately the developers," wrote Darren W Baker, who identified himself on the blog as a Windows Phone apps developer.

Microsoft representatives said there has been no change to the Windows Phone update policy, and that carriers need to have some flexibility because of technical and geographic considerations. "The types of updates the platform has had has grown in number and complexity," a spokesperson for the company said. "Windows Phone puts serving its customers first, while working closely with carriers to have a system that gives the best total benefit to everyone."

Microsoft's spokesperson added that, "Every update is cumulative, so if a carrier decides to skip one, it will be included in the next."

Microsoft has discontinued a Web page that gave a carrier and model-specific timetable for Windows Phone updates. "As we continue our growth, we won't be individually detailing country, model, and carrier details on the Where's My Phone Update? site any longer," said Hautala.

The 7.10.8107.79 update is designed to fix a glitch that can cause the virtual keyboard on Windows Phone 7 models that have received the Mango update to disappear while the user is typing. It also addresses problems with Gmail synching and some other minor glitches.

Ready to catch the Metro? Windows 8 is a major shift, with features borrowed from desktop gadgets and mobile devices, and it brings a slew of new paradigms for developers. Our report, IT Pro Impact: Windows Developer Road Map, shows you what you need to know. (Free registration required.)