Should accessing an antenna and a DVR through the cloud be treated as any different under the law than doing so in your own home? 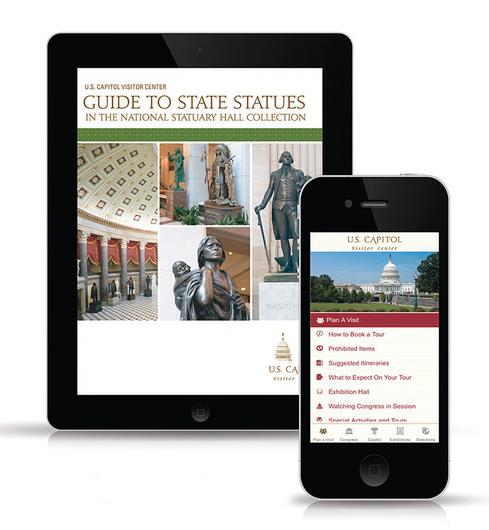 Within the week, the US Supreme Court is expected to decide whether TV broadcasters have made their case for shutting down Aereo, the cloud service giving consumers a remote antenna/DVR alternative to cable.

Broadcasters charge that Aereo is violating their copyright by retransmitting TV signals without their permission and without paying the same sort of retransmission fees as cable TV companies. Aereo contends it merely provides a cloud-based, remote control extension of two technologies consumers can legally operate in their homes -- an antenna for picking up over-the-air TV transmissions, plus a digital video recorder for spooling up content to be played back later. The Supreme Court clarified the legality of the later back in 1984, in the era of videotape. According to a Boston Globe report on the legal issues, prior to launching the service the Aereo founding team studied a 2008 US Appeals Court decision allowing Cablevision to operate a remote DVR system under the same principle that consumers have a right to record programming for their own use.

The Supreme Court did not issue a ruling on Monday, as some court watchers had expected it would, but more rulings are expected Wednesday, Thursday, and possibly next Monday.

Rather than rebroadcasting TV video feeds in bulk the way a cable channel does, Aereo assigns each customer a tiny TV antenna (the size of a dime) for tuning into the TV channels available in a specific metropolitan market. It charges $8 per month for access to the antenna and cloud storage sufficient for up to 20 hours of programming (or $12 for a two-antenna, 60 hours of recording package). So far, it's in 11 markets including Atlanta, Boston, Dallas, Detroit, and Miami. 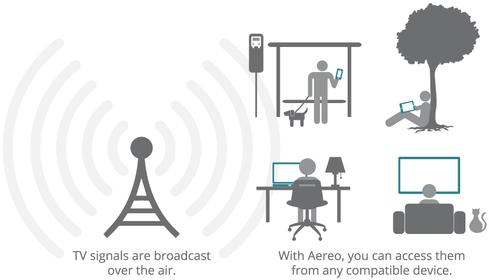 From a consumer standpoint, the service also provides a handy means of getting live TV on a phone, tablet, or any other Internet-connected device. For those who want to "cut the cord" and stop paying for a cable TV subscription, now that so much good video content is available online, Aereo is a way of still getting access to live news and events coverage.

Yet for broadcasters Aereo is a nightmare, cutting out one source of revenue, those retransmission fees, and undercutting another, since broadcast advertisements are less valuable when the consumer has the option of fast-forwarding through them on pre-recorded content, DVR style.

Even if Aereo prevails, broadcasters will likely turn to the FCC, asking to put Aereo in the same regulatory classification as a cable TV operator, making it subject to the same regulations. Otherwise the broadcasters could go to Congress. Aereo is up against NBC, ABC, CBS, and Fox.

Here are five questions we're eager to see answered with the court's decision:

In its ninth year, Interop New York (Sept. 29 to Oct. 3) is the premier event for the Northeast IT market. Strongly represented vertical industries include financial services, government, and education. Join more than 5,000 attendees to learn about IT leadership, cloud, collaboration, infrastructure, mobility, risk management and security, and SDN, and explore 125 exhibitors' offerings. Register with Discount Code MPIWK to save $200 off Total Access & Conference Passes.

David F. Carr oversees InformationWeek's coverage of government and healthcare IT. He previously led coverage of social business and education technologies and continues to contribute in those areas. He is the editor of Social Collaboration for Dummies (Wiley, Oct. 2013) and ... View Full Bio
We welcome your comments on this topic on our social media channels, or [contact us directly] with questions about the site.
Comment  |
Email This  |
Print  |
RSS
More Insights
Webcasts
The Pesky Password Problem: Policies That Help You Gain the Upper Hand on the Bad Guys
Succeeding With Secure Access Service Edge (SASE)
More Webcasts
White Papers
Fact-Check Your Ransomware Assumptions
5 Key Steps for Assessing Your Security Effectiveness
More White Papers
Reports
How Data Breaches Affect the Enterprise (2020)
Annual Global State of the WAN
More Reports

At this point, it is tempting to say that yes, Aero is definitely a content hijacker. You are right in saying that this is a gray area that it seems they are exploiting. A pretty huge gray area indeed. The outcome of this case will change the landscape of digital streaming/recording for sure.
Reply  |  Post Message  |  Messages List  |  Start a Board

I pay for cable and even the cable company inserts ads during the channel's commercial breaks! It's crazy!
Reply  |  Post Message  |  Messages List  |  Start a Board

Hmm, so I wonder, can you DVR (on your own hardware) the content from Aereo and skip commercials?
Reply  |  Post Message  |  Messages List  |  Start a Board

I remember when paying for cable meant getting no commercials. Man, I am old.
Reply  |  Post Message  |  Messages List  |  Start a Board

Yeah -- the popups are out of control and even the transparent graphics are getting larger and more obnoxious.  It's no longer just branding but brand + an always-present graphic about new episodes for an underperforming but over-hyped series.  I've even seen transparent stuff move around to capture your attention during the content!
Reply  |  Post Message  |  Messages List  |  Start a Board

Regardless of the decision, the increasingly ridiculous number of commercials will continue to drive younger viewers away. Remember when the idea of paying for cable, besides better reception, was fewer commercials on the cable-only channels? Now it's 6 minutes of show... with intrusive pop-up ads for the network's other shows... followed by 4 minutes of commercials. Maybe that's why soccer's increasing in popularity - no commercial breaks.
Reply  |  Post Message  |  Messages List  |  Start a Board

Can I lease rack space in a city-based ISP that's near the OTA transmitters and install a Sling box?  If I'd be doing something illegal, then Aereo is illegal.  If I'm legal, why is it a grey area for someone to formalize what I can legally do and lease it to me?  Is it who owns the equipment?  Is it where the equipment is?  Is it the scale on which they do it?
Reply  |  Post Message  |  Messages List  |  Start a Board

The link has merit regarding how the tech works but Aereo's primary claim is they lease the equipment to the consumer.  That means the consumer is the one that's converting the RF signal to MPEG, storing it in a "cloud" DVR and transmitting it to their device.  If it's legal for a consumer to own a Sling Box in their home, record content and stream it to their devices, what changes if the equipment isn't in their home and someone else owns it?  Would it be legal for a rural resident with poor signal strength to lease rack space at an ISP in city and duplicate the in-home Sling Box?  If so, what changes when that resident pays someone else to own it and they rent it from them?
Reply  |  Post Message  |  Messages List  |  Start a Board

And...cable companies should. The only problem is they'll still charge the same fee they charge for retransmission except it will be for a remote antenna + DVR service. Needless technology to provide us with something we should get for free. It was a poor decision to let OTA broadcasters charge a fee in the first place.

SCOTUS needs to strike down the retransmission fee and save everyone a lot of hassle. Do we really need to enrich the folks who provide Aereo their tiny antenna's?  That's what will happen if SCOTUS rules Aereo legal and all the cable company's duplicate Aereo's architecture to avoid the fees.
Reply  |  Post Message  |  Messages List  |  Start a Board
Page 1 / 2   >   >>
Editors' Choice
Hot Topics