Apple may have won the latest round against Samsung in court, but the implications of the case are still evolving.

This week Apple won the latest round in the legal battle with Samsung that has been going on since 2011. However, while Cupertino and its lawyers may have prevailed this time, the implications of what these rulings mean is still evolving.

In Washington, D.C., the US Court of Appeals for the Federal Circuit ruled 2-1 that Apple would be able to stop Samsung from infringing on its patents by blocking the sale of the smartphone models that infringed them.

This appeal arose from the actions in the case that were taken in August 2014 by Judge Lucy Koh of the US District Court for the Northern District of California, who had been overseeing the original case. At the time, she refused Apple's request for a permanent injunction to stop Samsung from selling the infringing features that resided on its smartphones. 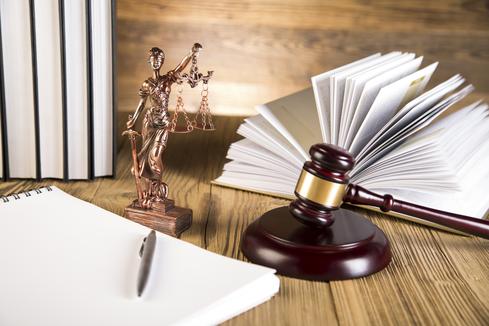 In the ruling, the two-judge majority found: "The district court erred when it found the first two […] factors weighed against an injunction. Although the evidence may not make a strong case of irreparable harm, Apple has satisfied the causal nexus requirement and therefore established irreparable harm."

The court also ruled that: "Given this, the district court abused its discretion when it did not enjoin Samsung's infringement. […] We vacate the district court's order denying Apple's proposed injunction and remand for further proceedings consistent with this opinion."

The importance of all this is not what happens to Apple and Samsung, who have been sniping at each other for years in court in an attempt to gain a bigger advantage in the smartphone market, but what it implies for the rest of the tech community. Specifically, the case has never clearly found what technology patents actually mean, since innovations are usually built on top of older ideas and designs.

At what point can a company patent something? When does innovation take over to create a new technology? Neither Samsung nor Apple invented the smartphone. The two companies built on older ideas and innovations to become the dominant players.

Many are watching this case carefully and some may be emboldened to consider seeking injunctions on products they believe to be infringing. In other words, the case is not so much about innovation, but about keeping a slight advantage that can help secure marketshare.

[Read more about the Samsung and Apple patent fight.]

The appeals court sent the case back to Judge Koh's court in San Jose, Calif., with the directive that it must allow an injunction request to proceed. Showing "irreparable harm" is the legal bar a party must demonstrate in order to block sales of an infringing product.

It has been reported that Samsung will ask the full five-member court to review its decision. Because the latest device Samsung sold that was previously judged to be infringing is the three-year-old Galaxy S3, the practical effect on of an injunction would not be horrific. By introducing non-infringing devices, Samsung may have already planned for such a ruling.

While the ruling this week favors Cupertino, the courts have not always sided with Apple in its appeals.

In May, US Court of Appeals for the Federal Circuit in Washington, D.C., took away $382 million from a $930 million judgment against Samsung stemming from a 2012 verdict. It also remanded that case back to the district court, where the participants remain involved in it.

Larry Loeb has written for many of the last century's major "dead tree" computer magazines, having been, among other things, a consulting editor for BYTE magazine and senior editor for the launch of WebWeek. He has written a book on the Secure Electronic Transaction Internet ... View Full Bio
We welcome your comments on this topic on our social media channels, or [contact us directly] with questions about the site.
Comment  |
Email This  |
Print  |
RSS
More Insights
Webcasts
Monitoring Critical Cloud Workloads
4 Practical Tips for Building a Data Lake
More Webcasts
White Papers
Intelligent Load Management
Top Serverless Security Risks and How to Mitigate
More White Papers
Reports
The State of Malware Threats
A Practical Guide to Enabling 5G Deployments
More Reports

No, it's rather specific. Apple says Samsung infringed on patents that had been awarded to it.

The broad question is what do those patents do for a company? What protection do they grant?

The dustup is about how much it should cost Samsung. That they infringed on the patents has already been decided,

The competition may or may not benefit the consumer.

If the companies get greedy, all the benefits accrue to them.
Reply  |  Post Message  |  Messages List  |  Start a Board
InformationWeek Is Getting an Upgrade!