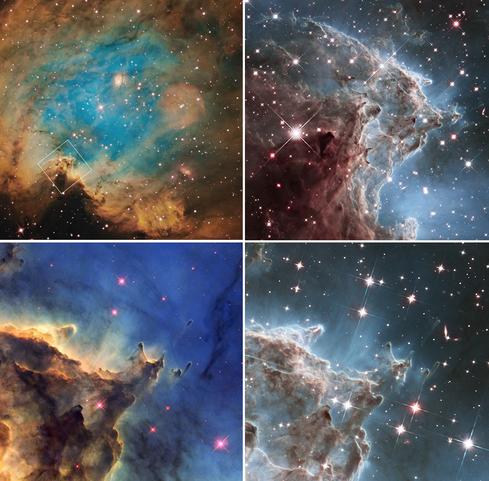 The Defense Advanced Research Projects Agency (DARPA) is looking for ways to control optical frequencies using a miniaturized device that would fit on a microchip, and eventually make terabit-per-second communications routine.

DARPA launched its new Direct On-chip Digital Optical Synthesizer program in response to the growing need for bandwidth in the commercial and government sectors. The program "seeks to do with light waves what researchers in the 1940s achieved with radio microwaves," the agency said, referring to the time when researchers learned how to control the frequency of microwaves precisely to allow the move from AM radio to FM radio.

The goal is to attain optical frequency synthesis, which, until now, has only been possible in laboratories with large and expensive equipment. According to DARPA, this can be achieved by creating "a gearbox on a chip that produces laser light with a frequency that is a precise multiple of a referenced radio frequency" -- already available within most Defense Department (DOD) and consumer electronic systems.

[Look at what else DARPA is exploring. Read New DARPA Office Merges Biology And Technology.]

If the program is successful, it would miniaturize optical synthesizers to fit on to microchips and open up terahertz frequencies for a host of military applications. 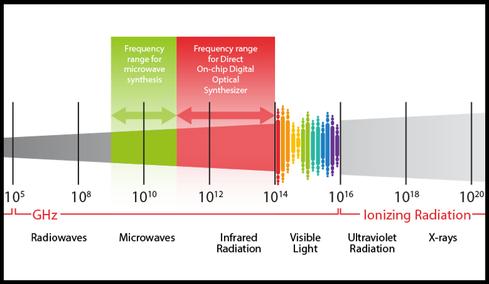 The red zone shows a range of radio frequencies that can be enhanced using Direct On-Chip Optical Synthesizer.
(Source: DARPA)

"There are significant challenges, but thanks to related DARPA programs... and other advanced laboratory research, technology is at the tipping point where we're ready to attempt miniaturization of optical frequency synthesis on an inexpensive, small, low-power chip," DARPA program manager Robert Lutwak said in a press release.

The program is divided into three phases, totaling 42 months. The first phase will demonstrate optical frequency synthesis in a laboratory through the use of low size, weight, and power optical components. Phase two will include a demonstration of an integrated electro-optical component. The last phase will exhibit an "integrated optical frequency synthesizer and control electronics," DARPA said.

Last week, DARPA issued a broad agency announcement for chip-scale optical frequency, soliciting research proposals to be submitted by July 8. The agency plans to make multiple awards valued at between $30 million and $35 million.

DARPA will hold a conference April 28 to familiarize potential participants with the program's objectives. Specifically, it's looking to create multidisciplinary teams of experts in micro-fabrication and nano-fabrication, optics and photonics, and heterogeneous integration.

Elena Malykhina began her career at The Wall Street Journal, and her writing has appeared in various news media outlets, including Scientific American, Newsday, and the Associated Press. For several years, she was the online editor at Brandweek and later Adweek, where she ... View Full Bio
We welcome your comments on this topic on our social media channels, or [contact us directly] with questions about the site.
Comment  |
Email This  |
Print  |
RSS
More Insights
Webcasts
Fintech at SaaS speed: Navigating the scale & security challenge
4 Practical Tips for Building a Data Lake
More Webcasts
White Papers
Best Practices Guide to Containers/ Kubernetes Security
AWS Lambda Security Best Practices
More White Papers
Reports
2021 Digital Transformation Report
Dark Reading Report: Battle for the Endpoint
More Reports