The delivery test is being compared to the historic first flight of the Wright brothers.

A drone delivered medicine to a remote clinic in Virginia on Friday, July 17, marking what Virginia Senator Mark R. Warner characterized as "a real 'Kitty Hawk' moment for the unmanned systems industry."

Warner's reference to the North Carolina beach where the Wright brothers made the world's first powered flight may overstate the significance of the event. The crash of quadcopter carrying methamphetamine in San Ysidro, Mexico, near the US border, in January and multiple reports of drones carrying contraband into prisons indicate that drug delivery by drone isn't a novel or untested concept.

Arguably, Friday's flight, organized by the Mid-Atlantic Aviation Partnership in conjunction with Virginia Tech in Blacksburg, Virginia, marked what The Wall Street Journal described as "the first government-approved drone delivery in the U.S."

The wording of that claim, however, is questionable. Drone deliveries approved by the US government have been happening for years. But these involve the delivery of explosive military payloads outside the US.

Facing pressure from companies like Amazon and Google, both of which have been testing drones outside the US as a way to carry goods to consumers, the FAA is hoping to finalize commercial drone regulation before June 17, 2016. Presently, the agency is authorizing commercial drone flights and research on a case-by-case basis. That's what happened in Virginia last week.

Friday's delivery occurred within the US, and was authorized, but as Eleanor Nelsen, communications manager for the Institute for Critical Technology and Applied Science at Virginia Tech, indicated in an email, "... the FAA does not, currently, approve drone deliveries at all." Instead, the agency approves the use of drones for "government purposes," which includes research. The approved research in this case happened to involve a drone delivering medicine. 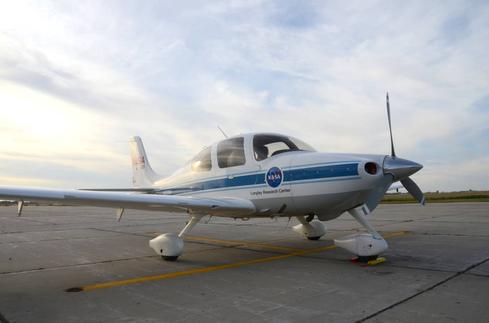 Under an FAA-authorized flight plan for research, a full-sized plane operated by NASA's Langley Research Center and a hexacopter drone operated by a startup called Flirtey delivered 10 pounds of drugs (the legal variety) and other supplies to a medical clinic at the fairgrounds in Wise County, Virginia.

Jon Greene, interim associate director of the Mid-Atlantic Aviation Partnership, described the event in a video as an opportunity to meet real medical needs while at the same time meeting research goals that advance the integration of unmanned aircraft systems into the national airspace and also enhancing industry and economic opportunity.

NASA's plane, a fixed-wing Cirrus SR22, and the Flirtey drone shared the route. The plane, remotely piloted when outside the visual range of its NASA team and carrying a safety pilot for human-directed segments, flew medical supplies from an airport in Tazewell County, Virginia, to the Lonesome Pine Airport in Wise County. 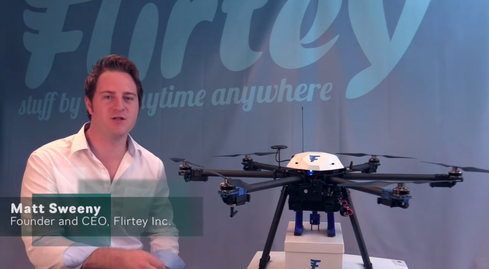 From there, Flirtey representatives divided the supplies into 24 packages, to be transported from the airport to the clinic in multiple flights over the course of two hours.

"This is a Kitty Hawk moment not just for Flirtey, but for the entire industry," said Flirtey CEO Matt Sweeny in a statement.

Had Flirtey personnel elected to deliver the packages by car, the final leg of the journey would have taken about six minutes to cover the 2.3 miles from the airport to the clinic. But the project participants were there to test drones in scenarios where road transport wouldn't be an option.

Thomas Claburn has been writing about business and technology since 1996, for publications such as New Architect, PC Computing, InformationWeek, Salon, Wired, and Ziff Davis Smart Business. Before that, he worked in film and television, having earned a not particularly useful ... View Full Bio
We welcome your comments on this topic on our social media channels, or [contact us directly] with questions about the site.
Comment  |
Email This  |
Print  |
RSS
More Insights
Webcasts
Building Asset Management into Your Enterprise Security Strategy
How the Rapid Shift to Remote Work Impacted IT Complexity and Post-Pandemic Security Priorities
More Webcasts
White Papers
Simplify Your Application Security
Dark Reading Report: Battle for the Endpoint
More White Papers
Reports
Immuta Data Engineering Survey: 2021 Impact Report
Are We Cyber-Resilient? The Key Question Every Organization Must Answer
More Reports