The UAV flight limits imposed by SB 142 could have led to excessive litigation, said Governor Jerry Brown. So drone flights are OK for now.

A California bill to outlaw trespassing drones has been vetoed by Governor Jerry Brown.

Senate Bill 142, introduced by State Senator Hannah-Beth Jackson (D-Santa Barbara) in January, sought to prohibit drones from trespassing over private property without the property owner's permission, with exemptions for drones operated by government agencies and other organizations with land access rights.

California law already bans trespassing by people. SB 142 would have extended the law to apply to drones, effectively creating a no-fly zone below 350 feet.

A 2013 Oregon law prohibits drone flights up to 400 feet over privacy property without permission. 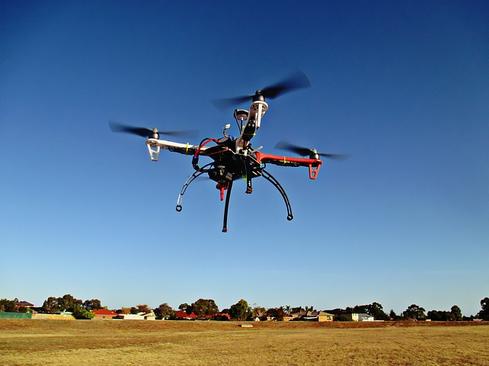 In a statement explaining his decision, Brown wrote:

Drone technology certainly raises novel issues that merit careful examination. This bill, however, while well-intentioned, could expose the occasional hobbyist and the FAA-approved commercial user alike to burdensome litigation and new causes of action.

The bill was supported by the American Chemistry Council, the California Police Chiefs Association, the City of Camarillo, and the Privacy Rights Clearinghouse. It was opposed by a handful of technology and industry groups, including the California Chamber of Commerce, the Consumer Electronics Association, CSAC Excess Insurance Authority, DJI Technologies, GoPro, and TechNet.

Opponents of the bill argued that lawsuits could be brought under SB 142 even if a drone's trespass was unintentional.

Jackson, in a statement posted to her Facebook page, expressed disappointment in the decision while noting that the bill has prompted further discussion of how drones affect privacy and property rights. "Obviously, the public wants some action on this issue," she said. "I hope to continue this discussion and continue working on this issue next year."

Drone sightings by aircraft pilots have been increasing. Last month the FAA said that pilots reported more than 650 drone sightings between January and August 9. That's up from just 238 sightings in all of 2014.

As drones have become more common, they've caused conflict and controversy. Over the summer in California, firefighters had to call off several water drops over a wildfire in San Bernardino Country due to the presence of civilian-operated drones.

In New Jersey last year a man shot down a drone, claiming it had been flying over his parent's property. The drone owner sued the man, who had to pay $850 in damages. The shooter was fortunate not to have been charged to the full extent of the law -- the FAA considers drones aircraft, so shooting at one could be charged as a felony, subject to up to 20 years in prison.

Technology companies, led by Amazon, Facebook, and Google, see drones as a promising delivery platform for goods and services and have been investing to develop UAV systems. A report published in February by CB Insights found that drone industry investments in 2014 increased 104% year-over-year, exceeding $108 million across 29 deals.

Companies, along with government groups, also see potential demand for drone defenses. One such company is Dedrone, which makes a multi-sensor drone detection system designed to alert users to the presence of a drone.

Brian Edmonds, president of Dedrone, said in an email that preventing drones from flying over one's property is difficult. "Today's drones are relatively quiet, and their cameras are powerful, capable of 4K images that can be zoomed in for great up-close views," he said. "One could be hovering outside of your house right now and you wouldn't know."

But Edmonds advises against taking steps to down a drone. "At this time, identification and threat evidence for law enforcement is the best defense," he said. "When you see a drone around your property, your first instinct may be to bring it down. But you should consider the consequences and potential liability of doing so under today's laws. ... There are ways to bring them down, but they are not legal, at least yet."

Edmonds expects laws offering protection from drones to pass in the future, but cautions that there will be people who willingly break those laws. Enforcement will be a challenge, he said.

Thomas Claburn has been writing about business and technology since 1996, for publications such as New Architect, PC Computing, InformationWeek, Salon, Wired, and Ziff Davis Smart Business. Before that, he worked in film and television, having earned a not particularly useful ... View Full Bio
We welcome your comments on this topic on our social media channels, or [contact us directly] with questions about the site.
Comment  |
Email This  |
Print  |
RSS
More Insights
Webcasts
Disaster Recovery/Business Continuity in the New Normal
4 Practical Tips for Building a Data Lake
More Webcasts
White Papers
Best Practices Guide to Containers/ Kubernetes Security
AWS Lambda Security Best Practices
More White Papers
Reports
2021 Digital Transformation Report
Dark Reading Report: Battle for the Endpoint
More Reports

I sympathize with anyone trying to bring down a drone flying over their property, but in a densely populated city, I don't want to be caught in the line of anti-aircraft fire. We have to keep a sense of proportion.
Reply  |  Post Message  |  Messages List  |  Start a Board
InformationWeek Is Getting an Upgrade!