The Federal Communications Commission on Tuesday issued a citation to a California-based online electronics retailer for importing and marketing counterfeit Samsung and BlackBerry smartphones.

The FCC's Enforcement Bureau found that Panasystem has been importing smartphones marked with unauthorized or invalid labels, which falsely state that they were certified by the FCC.

The counterfeit devices were identified as Samsung models of Galaxy S Duos and Galaxy Ace. The smartphones appear to be labeled with valid Samsung FCC identifiers, but an investigation has revealed that Samsung neither manufactured the devices nor authorized the labels, the FCC said.

In addition to the Samsung devices, the Enforcement Bureau came across another set of counterfeit smartphones imported by Panasystem. BlackBerry 9790 devices were also labeled with invalid FCC identifiers, which, according to the FCC, makes them illegal for sale in the US.

[The mobile app ecosystem is missing a fundamental component for businesses -- but that's about to change. Read Mobile's Next Step: Deep Linking Between Apps.]

Federal law requires smartphones to be certified in accordance with FCC technical standards, a process that involves proper labeling. The FCC identifier is a three- to five-character grantee code that a company uses on all of its authorized devices. Additionally, there is a longer product code that is assigned to a particular model. Identifiers are permanently printed on devices so they are visible to consumers. 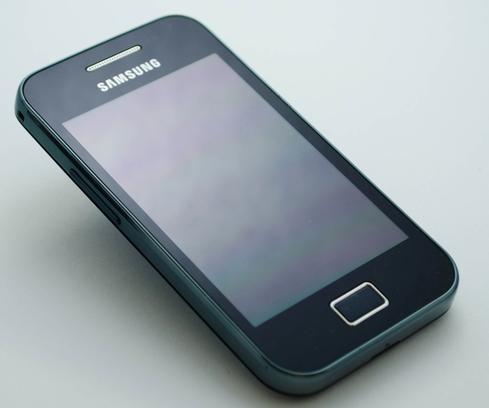 The FCC imposes major fines on companies with uncertified devices. "We will not tolerate the importation and marketing of counterfeit devices. The trafficking of these devices not only robs the intellectual property of legitimate manufacturers, it harms consumers by failing to provide them with safe and certified smartphones that comply with the FCC's equipment authorization process," said Travis LeBlanc, acting chief of the Enforcement Bureau, in a written statement.

The citation to Panasystem warns the company to "take immediate steps to come into compliance" and stop importing and marketing smartphones that haven't been certified by the FCC. If the company fails to comply, it may be fined up to $16,000 for each model per day for each violation, or up to $122,500 for failure to act. "Violations of the FCC's marketing rules may also result in seizures of uncertified equipment as well as criminal sanctions, including imprisonment," according to the citation.

Panasystem was established in 1990 and is based in Canoga Park, Calif. The company's website claims that it provides "unique and high-quality products and services" and "strives to earn customers' trust." Panasystem has a factory in Shenzhen, China, where it manufactures MP3 players, USB flash drives, and Bluetooth earphones. It also sells various brands of mobile phones on its website.

Elena Malykhina began her career at The Wall Street Journal, and her writing has appeared in various news media outlets, including Scientific American, Newsday, and the Associated Press. For several years, she was the online editor at Brandweek and later Adweek, where she ... View Full Bio
We welcome your comments on this topic on our social media channels, or [contact us directly] with questions about the site.
Comment  |
Email This  |
Print  |
RSS
More Insights
Webcasts
Bolstering Your Enterprise Cyber Risk Assessment
Disaster Recovery/Business Continuity in the New Normal
More Webcasts
White Papers
Top Serverless Security Risks and How to Mitigate
Ransomware Security Breach Summary: Food Production
More White Papers
Reports
The State of Cybersecurity Incident Response
The State of CCPA 2021
More Reports

Melgross, you're right on that!  Here's a case where government might possibly get out in front of counterfeiters by making publicly approved serial numbers and respective data available, and create an app that consumer can use to check the latest data -- or warnings, maybe -- before they buy. That wouldn't stop all the counterfeiters, but it might deter them from trading in the US.  Let's put crowd sourcing to work.
Reply  |  Post Message  |  Messages List  |  Start a Board
InformationWeek Is Getting an Upgrade!