As the FCC's auction of 600 MHz wireless spectrum -- four years in the making -- finally draws near, new testimony shows an agency struggling with infighting and partisanship.

8 IT Projects To Prioritize When Budget's Tight
(Click image for larger view and slideshow.)

The US Federal Communications Commission, an organization apparently as fractured by political warring as other government bodies, has made public a database of the 104 applicants primed to bid in its upcoming auction of 600 MHz wireless spectrum.

Of the 104, 35 applications are still incomplete and must be resubmitted by April 6.

AT&T, Verizon, T-Mobile, and, U.S. Cellular are among the expected participants, though many others are enrolled under less-obvious names. Comcast, for example, is listed under CC Wireless, according to a report from Broadcasting & Cable.

There are some notable companies that are sitting out. Sprint, for instance, is not participating.

Overall, some estimates claim that the auction may bring in about $60 billion.

Prepping for the Auction

The exact date of the auction continues to shift, but in a March 22 statement submitted before a House subcommittee tasked with overseeing the FCC, Chairman Tom Wheeler stated: "Next week, the FCC will make history when it launches the world's first Incentive Auction." 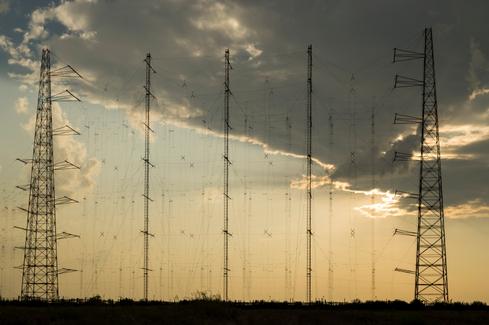 The nation's wireless carriers have been anxiously awaiting the auction, since the low-frequency 600 MHz spectrum is capable of traveling even deep into physical structures and allowing for even greater level of services, especially as 4G technology expands and carriers get ready for 5G.

In addition, the low-frequency signal is good for rural and hard-to-reach areas, which could mean increased service for those that live far from metropolitan and suburban areas of the US.

Wheeler noted that the auction represents "the culmination of four years of hard work at the Commission [and] tireless efforts by our auction task force, and multiple bureaus and offices …"

To that end, Wheeler continued, he plans to keep in place a task force that has helped the FCC in designing and implementing the auction. Its mission "will evolve from auction to transition," stated Wheeler.

While Wheeler went on to describe additional initiatives, including the modernization of the Lifeline program and the push to 5G. However, the two Republican commissioners complained about tensions within the five-member commission that seem to overshadow some of the other functions of the FCC.

"The Commission is often fragmented, which is especially noticeable for the larger ticket item … A significant reason for disagreements can be traced to procedural fouls that are unnecessary, unwise and harmful," Commissioner Michael O'Rielly, a Republican, wrote in his own March 22 statement.

One such "foul" O'Rielly detailed is the practice of the chairman's office briefing certain members of the press before items are circulated to commissioners.

"The day of circulation, a major press rollout occurs complete with press releases, blogs and 'fact' sheets, but the actual document under consideration doesn't hit my inbox until hours later, sometimes late at night," O'Rielly wrote. "Meanwhile, the press is reporting that the item has circulated and is asking for comment."

Commissioner Ajit Pai, the other Republication, echoed a similar complaint:

The agency's media blitz often appears designed to exert pressure on other Commissioners, both Democrats and Republicans alike, to vote for the Chairman's proposals. For example, before the Commissioners had a copy of the Chairman's proposal to expand the Lifeline program, the Chairman's Office shared it with The New York Times, and FCC officials held a call with a large group of reporters to promote it. As Commissioner O'Rielly stated that day, we did not receive a copy of the 150-page document until "[h]ours after the Chairman launched his press campaign and multiple sources reported he had circulated [it]." That's hardly an opening for good-faith collaboration amongst colleagues. Yet it epitomizes how business is done at the agency these days.

In addition, Pai complained of the partisanship that has overtaken the FCC.

"Since December 2013, there have been 20 separate party-line votes at our monthly meetings. That's twice as many as under Chairmen Martin, Copps, Genachowski, and Clyburn combined," he wrote.

Wheeler, along with Commissioners Mignon Clyburn and Jessica Rosenworcel, are all Democrats.

Commissioner Clyburn, in her statement before the Committee, largely focused on her efforts to close the "communications divide" and make high-speed broadband accessible to all Americans.

Similarly, Commissioner Rosenworcel, in her statement, focused on "exploring new spectrum frontiers for 5G wireless services" and closing the "Homework Gap," which she called the "cruelest part of our digital divide."

Michelle Maisto is a writer, a reader, a plotter, a cook, and a thinker whose career has revolved around food and technology. She has been, among other things, the editor-in-chief of Mobile Enterprise Magazine, a reporter on consumer mobile products and wireless networks for ... View Full Bio
We welcome your comments on this topic on our social media channels, or [contact us directly] with questions about the site.
Comment  |
Email This  |
Print  |
RSS
More Insights
Webcasts
The Experts Guide to Ransomware Response
Multi-Cloud Data Management for Modern Applications
More Webcasts
White Papers
Protection Strategies for a Cyber-Resilient Organization
Intelligent Outcomes Are Key to Business Resilience
More White Papers
Reports
Planning Your Digital Transformation Roadmap
2021 Application Security Statistics Report Vol.2
More Reports