Federal Communications Commission Chairman Tom Wheeler has adjusted his proposal for regulating broadband Internet service to include a commitment that the agency will seek to prevent network providers from striking in pay-for-performance deals that put non-paying providers at a disadvantage.

The change follows objections to Wheeler's plan raised last week by more than 100 prominent Internet companies and two of the five FCC commissioners. The FCC has to draft new rules governing broadband providers, because a court rejected regulations put into place in 2010.

According to The Wall Street Journal, Wheeler's revised proposal would prevent broadband providers from slowing down online content but would continue to allow them to speed it up, through contractual arrangements for faster delivery.

However, slowing online content becomes unnecessary if the network provider simply offers insufficient bandwidth for specific applications, such as video streaming. If Netflix finds its videos are streaming in the equivalent of standard definition, and a competitor pays extra to ensure its videos can be viewed in high definition, Netflix presumably would have to strike a similar deal to remain competitive.

The revised draft of Wheeler's rules reportedly seeks comment about whether "paid prioritization" should be banned and whether the broadband service should be regulated like a public utility, a classification that network providers have resisted on the grounds that it would hamper investment and stifle innovation. But seeking comment doesn't alter the proposal's basic endorsement of paid prioritization deals.

US Sen. Al Franken (D-MN) last month criticized Wheeler's initial proposal as misguided in a letter sent to the FCC chairman. "I am deeply disappointed that you are considering rules that would allow deep-pocketed companies to pay for preferential access to Internet Service Providers," Franken wrote in his letter. "Pay-to-play deals are an affront to net neutrality and have no place in an online marketplace that values competition and openness." 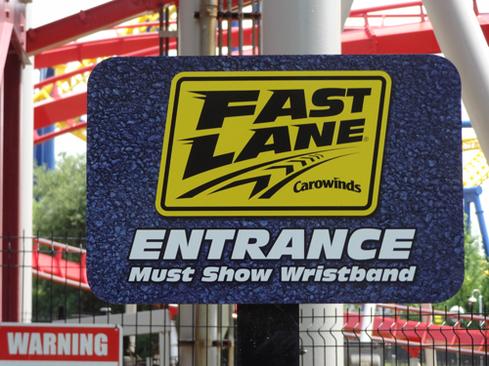 Mozilla has asked the FCC to reclassify remote delivery so that it falls under Title II of the Communications Act. This would allow the FCC to leave content services relatively free of regulation and to focus more on maintaining a level playing field for telecommunications services.

Wheeler's proposal has not yet been made public, but a revised draft reportedly could be circulated on Monday. If calls for a delay to accommodate further input go unheeded, the FCC is expected to begin the process of adopting its new rules with the release of a Notice of Proposed Rulemaking on May 15.

Our InformationWeek Elite 100 issue -- our 26th ranking of technology innovators -- shines a spotlight on businesses that are succeeding because of their digital strategies. We take a close at look at the top five companies in this year's ranking and the eight winners of our Business Innovation awards, and offer 20 great ideas that you can use in your company. We also provide a ranked list of our Elite 100 innovators. Read ourInformationWeek Elite 100 issue today.

Thomas Claburn has been writing about business and technology since 1996, for publications such as New Architect, PC Computing, InformationWeek, Salon, Wired, and Ziff Davis Smart Business. Before that, he worked in film and television, having earned a not particularly useful ... View Full Bio
We welcome your comments on this topic on our social media channels, or [contact us directly] with questions about the site.
Comment  |
Email This  |
Print  |
RSS
More Insights
Webcasts
Making XDR Work in Your Enterprise - May 12
Data Center Network Operations (NetOps) Reimagined
More Webcasts
White Papers
Using Farsight Passive DNS for Incident Response
The Microsoft Teams Telephony User Experience
More White Papers
Reports
Intelligent Outcomes Are Key to Business Resilience
The Infoblox Q4 2020 Cyberthreat Intelligence Report
More Reports

Interesting to see the backlash -- and virtual protests -- taking shape from bloggers like this one from NeoCities...

...who offers code that promises to "throttle all connections from the FCC to 28.8kbps modem speeds on the Neocities.org front site. --  and I'm not removing it until the FCC pays us for the bandwidth they've been wasting instead of doing their jobs protecting us from (what he calls) the "keep America's internet slow and expensive forever" lobby.
Reply  |  Post Message  |  Messages List  |  Start a Board

I think Mozilla's proposal would be a good start. We may be stuck with some form of paid prioritization because networking arrangements are not as simple as the debate suggests. If only network owners were banned from being in the content business.
Reply  |  Post Message  |  Messages List  |  Start a Board

The FCC's proposed tweak leaves a lot of wiggle room, as your Netflix example shows, Tom. Readers, does this tweak change your opinion on the competitive outlook?
Reply  |  Post Message  |  Messages List  |  Start a Board
InformationWeek Is Getting an Upgrade!