French investigators are seeking information about whether Google has been evading its tax obligations.

French authorities conducted a raid on Google's headquarters in Paris Tuesday as part of a tax evasion investigation opened last June that could affect other US companies operating in Europe.

About 100 investigators from France's financial prosecution service, including more than two dozen IT specialists, participated in the raid, according to Reuters and The Telegraph.

"The investigation aims to verify whether Google Ireland Ltd. has a permanent base in France and if, by not declaring parts of its activities carried out in France, it failed its fiscal obligations, including on corporate tax and value added tax," the prosecutor's office said in statement provided to Reuters.

Google's European headquarters is based in Dublin, Ireland, and the company's present tax structure allows it to pay taxes in one European country while avoiding local taxes elsewhere. French authorities suspect Google has evaded taxes by failing to report its financial activities in the country. 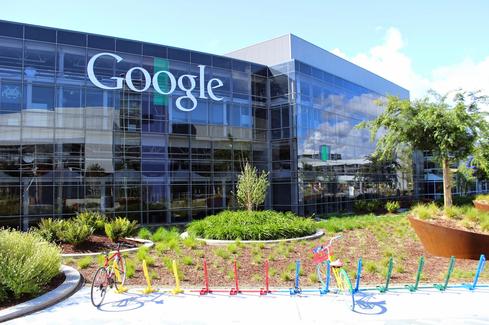 "France has the least competitive tax system in the OECD," the Tax Foundation said last year.

French tax authorities have been unhappy with Google's Irish tax arrangement for years, but Google insists it has behaved lawfully.

"We comply with the tax law in France, as in every other country in which we operate," a company spokesperson said in an emailed statement. "We are cooperating fully with the authorities in Paris to answer their questions, as always."

Other countries in Europe have been trying to extract more taxes from US companies. Italy last year won a €318 million ($355 million) tax settlement from Apple. In January 2016, the UK reached a deal with Google to pay £130 million ($191 million) in back taxes following a six-year investigation.

In March, the European Commission asked the Irish Finance Ministry for further information on Apple's tax arrangements in the country. Bloomberg has estimated that Apple's potential tax liability in Europe could amount to $8 billion.

The French investigation compounds Google's troubles in Europe, where authorities have challenged the company's Android and search businesses on antitrust grounds. European data rules have also become more burdensome for Google, forcing it to remove data from its search index under Europe's "right to be forgotten."

Thomas Claburn has been writing about business and technology since 1996, for publications such as New Architect, PC Computing, InformationWeek, Salon, Wired, and Ziff Davis Smart Business. Before that, he worked in film and television, having earned a not particularly useful ... View Full Bio
We welcome your comments on this topic on our social media channels, or [contact us directly] with questions about the site.
Comment  |
Email This  |
Print  |
RSS
More Insights
Webcasts
Strategies for Success with Digital Transformation
Building the SOC of the Future: Next-Generation Security Operations
More Webcasts
White Papers
Passwordless: The Future of Authentication
The 2020 Duo Security Trusted Access Report
More White Papers
Reports
The ROI Of SD-WAN: Not Just A Numbers Game
2020 State of Cybersecurity Operations and Incident Response
More Reports

I don't think Google gonna pay tax. I live in France and all big companies are based in Ireland to save money (Facebook, Twiter, Google, Apple...).

France tax too muck companies (the big one and the little one). You must to be crazy to create a start up in France!!
Reply  |  Post Message  |  Messages List  |  Start a Board

"Other countries in Europe have been trying to extract more taxes from US companies. Italy last year won a €318 million ($355 million) tax settlement from Apple. In January 2016, the UK reached a deal with Google to pay £130 million ($191 million) in back taxes following a six-year investigation. "

It isn't' surprising to hear that a company works the system to pay as little in taxes as they can, we complain here that US companies go offshore to avoid paying taxes here but we don't give much thought to the fact that they pay as little as possible anywhere that they open an office. Governments give them incentives to do business then act shocked when the company does to them what they have done to every other country/state/municipality. I look at this and think about how much further ahead in the game big companies are compared to tax rules anywhere.