The government's impatience is evident in its third filing asking for Apple's cooperation in unlocking the iPhone used by one of the San Bernardino terrorists. The document is a point-by-point rebuttal that reads like the government taking a final, very deep breath before it completely loses its temper.

The Obama Administration filed a reply in US District Court for the Central District of California March 10 in support of the government's motion to compel Apple to assist federal agents in the search of the iPhone owned by Syed Rizwan Farook, one of the San Bernardino terrorists.

First discovered by the The Verge, the document is a point-by-point rebuttal that reads like the government is taking a final, very deep breath before it completely loses its temper.

"[Apple] -- which grosses hundreds of billions of dollars a year -- would need to set aside as few as six of its 100,000 employees for perhaps as little as two weeks," it stated. "This burden, which is not unreasonable, is the direct result of Apple's deliberate marketing decision to engineer its products so that the government cannot search them, even with a warrant."

The filing further goes on to color Apple as a child having a tantrum, trying every argument to get its way.

"The government and the community need to know what is on the terrorist's phone … Instead of complying, Apple attacked the All Writs Act as archaic, the Court's Order as leading to a 'police state,' and the FBI's investigation as shoddy, while extolling itself as the primary guardian of America's privacy."

The government also takes a jab at Apple's "amici," the 15 tech companies that filed a friends of the court brief in support of Apple's stance.

"Apple and its amici try to alarm this Court with issues of network security, encryption, back doors, and privacy, invoking larger debates before Congress and in the news media. That is a diversion," stated the filing. "Apple desperately wants -- and desperately needs -- this case not to be 'about one isolated iPhone.' But there is probable cause to believe there is evidence of a terrorist attack on that phone, and our legal system gives this Court the authority to see that it can be searched pursuant to a lawful warrant … even if Apple would rather its products be warrant-proof."

While Apple has argued that building the software tool the FBI is requesting would set a "precedent" for many, many more cases to come, the government reigned in the issue, related to the "terrorist mass murder of 14 Americans."

"Apple alone can remove those barriers so that the FBI can search the phone, and it can do so without undue burden," wrote the government. "Under those specific circumstances, Apple can be compelled to give aid. That is not lawless tyranny. Rather, it is ordered liberty vindicating the rule of law." 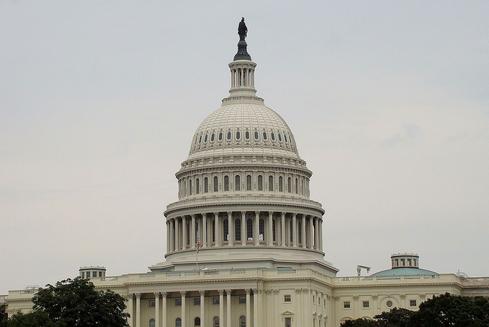 "In 30 years of practice," Sewell continued, "I don't think I've ever seen a legal brief that was more intended to smear the other side with false accusations and innuendo."

This is the third motion the prosecution has filed (the first two came Feb. 16 and Feb 19) insisting that Apple help it unlock Farook's iPhone, which was running iOS 9. With iOS 8, and later versions of its mobile software, Apple made data encryption the default mode, making a device's data inaccessible to anyone without its password.

The Verge article noted that the FBI has been criticized for resetting the iCloud password after obtaining the device, but the FBI has testified that Farook "reset the password three days after the final backup, potentially cutting off any subsequent backups."

Michelle Maisto is a writer, a reader, a plotter, a cook, and a thinker whose career has revolved around food and technology. She has been, among other things, the editor-in-chief of Mobile Enterprise Magazine, a reporter on consumer mobile products and wireless networks for ... View Full Bio
We welcome your comments on this topic on our social media channels, or [contact us directly] with questions about the site.
Comment  |
Email This  |
Print  |
RSS
More Insights
Webcasts
Securing and Monitoring Networks in the 'New Normal'
The Failures of Static DLP and How to Protect Against Tomorrow's Email Breaches
More Webcasts
White Papers
MPLS, SD-WAN and SASE
From MFA to Zero Trust
More White Papers
Reports
2021 Top Enterprise IT Trends
How Data Breaches Affect the Enterprise (2020)
More Reports

It would appear, and I could be wrong, that businesses other than tech companies are fairly silent on this issue, which impacts them as well. Banks, manufacturing, or any business or all sizes are impacted.

What's the feedback from CIOs/CSOs/CTOs of SMBs and LEs not in the tech sector?
Reply  |  Post Message  |  Messages List  |  Start a Board

60 Minutes had excellent story on encryption debate last night, focused on the Telegram app. The guy that wrote it had nothing but good intentions at heart (he was run out of Russia for not cooperating with Putin on his Facebook-like social media app), he wanted an app that could protect activist's private communication. But it got used in the Paris attacks and is a favorite of ISIS.

His point was very much like the gun control argument: this is a device that can be used for good or evil, all about the particular person using it. Encryption itself isn't inherently evil. But when your job is to crack information used in a heinous crime, then it's evil. When used to protect activists rebelling against a oppresive government regime, then it is a good thing.

The FBI keeps pulling out that 'just one iPhone' argument, which is patently ridiculous. The district attorney in Manhattan alone, has said that if Apple does weaken the security on this smartphone, that they had over 175 other smartphones it would then force Apple to unlock next. None of thoses cases are terrorist related either.

If Apple bends now, it will set a precedent that will see every iPhone in the world put at risk by governments and police everywhere demanding access.

The FBI's statements are deliberately misleading and play down the realities of the situation - ironically, the same thing it accuses Apple of.
Reply  |  Post Message  |  Messages List  |  Start a Board

The FBI keeps pulling out that 'just one iPhone' argument, which is patently ridiculous. The district attorney in Manhattan alone, has said that if Apple does weaken the security on this smartphone, that they had over 175 other smartphones it would then force Apple to unlock next. None of thoses cases are terrorist related either.

If Apple bends now, it will set a precedent that will see every iPhone in the world put at risk by governments and police everywhere demanding access.

The FBI's statements are deliberately misleading and play down the realities of the situation - ironically, the same thing it accuses Apple of.
Reply  |  Post Message  |  Messages List  |  Start a Board
Editors' Choice
Hot Topics