Maryland's oldest statewide law enforcement agency, the Natural Resources Police (NRP), needed real-time situational awareness for police boats monitoring Chesapeake Bay. The agency turned to Tessco Technologies, a wireless networking distributor and manufacturer, and successfully implemented a new live video streaming system that allows officers on shore in a command center to keep an eye on officers on patrol, who are often miles away from the nearest backup.

NRP, the enforcement arm of the Department of Natural Resources (DNR), has 140 police boats covering Chesapeake Bay's 64,000 square miles around-the-clock, with responsibilities that include homeland security operations, search and rescue, and emergency medical services. NRP is also responsible for protecting oyster sanctuaries and other fisheries.

RAD radios are mounted on each boat and programmed to securely communicate with base station radios located on communication towers. The radios are able to transmit and receive large amounts of data and high-resolution video between the boats and the shore.

The live video streaming application is integrated into the Maritime Law Enforcement Information Network (MLEIN), which is a series of radar units and cameras used by NRP around the Chesapeake Bay.

"The cameras allow the dispatch center to send additional boats to a scene if the officer is incapacitated or the incident escalates and the officer cannot respond," Candus Thomson, NRP's public information officer, said in an email. 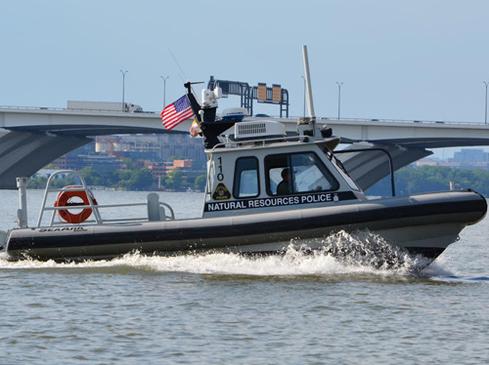 Prior to this deployment, the video feed from patrol boats only could be recorded on the boat's local storage memory and downloaded once the boat was docked. McClure said NRP evaluated several other systems during live field trials, but they didn't meet the project's difficult requirements, such as system capacity, distance, latency, non-line-of-sight environments, and security.

The RAD system met the requirements. It's capable of achieving more than 4 Mbit/s throughput per boat while traveling at up to 20 knots over distances of up to seven miles.

McClure added: "With this new network, officers on shore or other vessels have the ability to view live video streaming from a boat during routine patrols or a crisis situation."

Elena Malykhina began her career at The Wall Street Journal, and her writing has appeared in various news media outlets, including Scientific American, Newsday, and the Associated Press. For several years, she was the online editor at Brandweek and later Adweek, where she ... View Full Bio
We welcome your comments on this topic on our social media channels, or [contact us directly] with questions about the site.
Comment  |
Email This  |
Print  |
RSS
More Insights
Webcasts
Building Asset Management into Your Enterprise Security Strategy
Take DevOps to the Next Level
More Webcasts
White Papers
IDC Market Share: How the Network Is Used to Unmask the Adversary
Cybersecurity Report Card
More White Papers
Reports
Trustwave Global Security Report
2021 Top Enterprise IT Trends - Network Computing
More Reports