The NSA and its Five Eyes allies researched a man-in-the-middle attack to infect Android smartphone users by hacking Google's App Store. It's the last revelation from Edward Snowden.

Spies from the Five Eyes alliance, including Australia, Canada, New Zealand, the UK, and the US, developed a surveillance unit called the Network Tradecraft Advancement Team, according to documents published by The Intercept. The countries held workshops between November 2011 and February 2012 to explore how best to get spyware onto smartphones to improve information-gathering capabilities.

During that time they cooked up this particular scheme.

The pilot project was named "Irritant Horn." The agencies were able to discern how smartphone traffic moved across internet cables between the device itself and the servers run by Google's and Samsung's app stores. It was here the agencies planned to stage man-in-the-middle attacks in order to implant spyware onto smartphones. The figured out how to futz with the data as it passed from the Play Store to the target's smartphone while the user downloaded and installed legit apps. 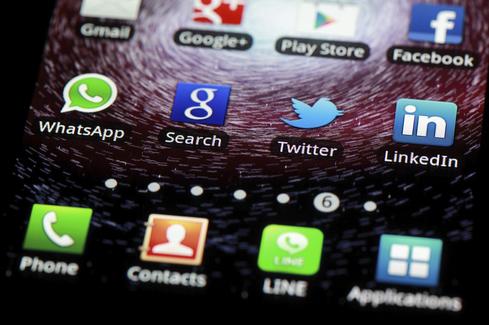 Once the spyware was covertly installed on smartphones, the agencies could then use it to collect the data from the device without the owner ever being aware. Some of the data included emails, texts, Web history, call records, videos, photos, and other stored files, according to the leaked documents.

Beyond merely spying, the agencies also wanted to send "selective misinformation to the targets' handsets" in order to spread propaganda or confusion amongst adversaries.

The agencies apparently hoped to target users in select nations in Africa, such as Tunisia, Senegal, Sudan, and the Congo, where unrest was common at the time. Had the unrest unfolded in grander scale, Irritant Horn would have been more fully put to use.

The agencies were also positioned to use the methodology in France, Switzerland, the Netherlands, Russia, Cuba, and the Bahamas.

Snowden's documents don't specifically state that the NSA or its allies planned to use Irritant Horn in the US, but it seems a real possibility. They do, however, show that the Five Eyes countries managed to find and exploit a weakness in the UC Browser, which boasts more than half a billion users across Asia. The agencies were able to use the browser's weakness to mine user data.

Earlier this year Citizen Lab, a Toronto-based human rights research group, discovered the weakness and brought it to the attention of UC Browser's developers. The company patched the weakness with a recent update to the app.

None of the country's spy agencies offered comment on The Intercept's revelations, and neither did Google or Samsung.

Google has taken a number of hits this year on the purported lack of security in the Play Store. It bulked up app review processes in response, but has a long way to go to fully restore user confidence.

It would be nice to know that Google was able to ferret out the potential for the NSA's man-in-the-middle approach to the Play Store and resolve it.

Do you think it did? Tell us in the comments section below.

Eric is a freelance writer for InformationWeek specializing in mobile technologies. View Full Bio
We welcome your comments on this topic on our social media channels, or [contact us directly] with questions about the site.
Comment  |
Email This  |
Print  |
RSS
More Insights
Webcasts
Making XDR Work in Your Enterprise - May 12
Multi-Cloud Data Management for Modern Applications
More Webcasts
White Papers
Are We Cyber-Resilient? The Key Question Every Organization Must Answer
Improve your business with a Virtual CISO
More White Papers
Reports
Planning Your Digital Transformation Roadmap
The State of CCPA 2021
More Reports

I'd say it's worth it -- especially if you're a cloud provider (an industry in the US that has been losing billions of dollars because of the NSA/Snowden debacle).

And certainly possible.  You need unbeatable encryption and tools that keep even you yourself from your customers' data -- as Apple has with their encryption, and as Microsoft and Intel have been working on with projects related to Intel's SGX.
Reply  |  Post Message  |  Messages List  |  Start a Board

One of the reasons we need to invest in better information security overall -- to thwart all manner of attackers, government or not.
Reply  |  Post Message  |  Messages List  |  Start a Board

Pretty sophisticated.  Of course, there are far easier ways to infect Android users via the Google Play store...as long as you don't care *which* user you infect.
Reply  |  Post Message  |  Messages List  |  Start a Board

>why does anyone care?

Because it's against the law and the law applies to those who govern as well as the governed.
Reply  |  Post Message  |  Messages List  |  Start a Board
InformationWeek Is Getting an Upgrade!