BlackBerry continues to raise the mobile security bar at the Defense Department, but Samsung and others are making inroads in government mobile business.

Last Friday, The Wall Street Journal breathlessly reported on perhaps one of the worst-kept secrets across the Beltway, at least among those entrenched in the federal mobile space: Samsung and other device manufacturers are actively conducting tests of smartphones across the government -- including the White House Communications Agency. The article suggested that alternatives to BlackBerry abound and are being taken seriously at some of the most security-conscious environments in the world.

While it's true that Android (and Samsung in particular) have made great inroads in terms of proof of concepts and sales across the federal government, myriad concerns about securing information on mobile devices continue to be raised. It's not entirely accurate to say, as The Wall Street Journal implied, that the President's BlackBerry will go away anytime soon.

What has not been stated is how many Samsung and non-BlackBerry devices have been sold as government furnished devices (GFE) and deployed over the past few years to agencies from the Department of Defense to the Departments of Justice and Homeland Security.

[What are the latest IT trends from the Beltway? Read 4 Govt. IT Trends From Mobile World Congress .]

Samsung Telecommunications America has had notable wins within law enforcement agencies across DOJ. Samsung has doubled down on federal mobility by significantly beefing up its sales and support teams, tapping industry veterans from General Dynamics, Lockheed Martin, BlackBerry, and the specialists from the US Army. 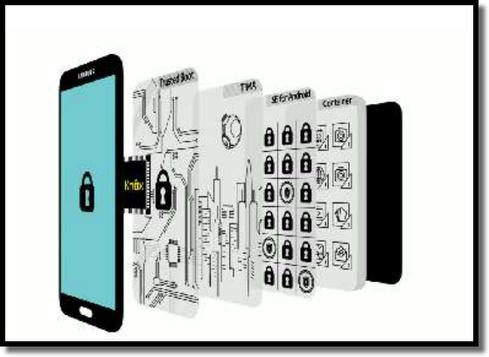 Samsung clearly understands how important mobile security is to government agencies and has concentrated its sales efforts around its mobile security platform, called Samsung Knox, which obviates the need for a traditional enterprise Network Operation Center (NOC) such as those employed in the past by BlackBerry and Good Technology.

The Knox architecture uses Exchange Active Synch protocol natively, meaning messages are sent directly from domain to domain rather than through a centralized, spoke-and-wheel NOC. It also meets the demanding technical standards of the Defense Information Systems Agency (DISA), which manages much of the Defense Department's communications and network systems.

While BlackBerry is still considered the industry standard across federal mobility circles for secure messaging and personal information management applications, it is no longer the only player at security-sensitive agencies. Samsung and Android competitors, and to a lesser degree Apple iOS, continue to make inroads.

However, even if BlackBerry continues to offer the better mobile mouse trap, the question remains: Can the company stay relevant and financially afloat, given its weak position in the broad consumer market?

Samsung appears to be the catbird seat in the government market, chiefly because of its Knox architecture and the fact that the company offers the only Android devices to conform to DISA's Security Technical Implementation Guide (STIG).

Samsung has been the single dominant OEM to sell mobile devices in significant numbers across civilian, defense, and intelligence communities. The company also stands to benefit from a Mobile Device Management (MDM) system and Mobile Application Store (MAS) contract awarded last year by DISA. The initial contract, awarded to system integrator DMI and a group of partners, calls for delivery of 100,000 mobile devices. Already tightly aligned with DMI, Samsung has taken proactive steps over the last year to get closer. However, both companies will be in the spotlight to deliver on the DISA award.

BlackBerry, Apple, and legacy Windows devices also are on the DISA STIG master list, with Microsoft's Windows Phone going through the paces right now to get a renewed rating. In fact, Microsoft could be an alternative to Samsung that many in the government would like to see, as government runs on Windows, Office, and various back-end servers -- notably Microsoft Exchange (the predominant email server in use across more than 95% of the government). Notionally, a Microsoft offering that offers a hardware root of trust and that seamlessly interoperates between desktop and the battlefield would be of extreme interest, especially to security-conscious customers.

The battle for secure mobile devices appears to be heating up, with Boeing Black, Silent Circle, Motorola AME, and a host of other contenders -- keep an eye on Kyocera, LG, HTC, and Nokia -- vying for the crown in ultra-secure mobile computing.

Randy Siegel is the Founder of Center Circle Consultants, which focuses on US government mobility. He's also a Principal in Acommence Advisors, a mobile advisory company. He spent more than a decade with Microsoft Corp. where he oversaw Microsoft's mobility strategy and ... View Full Bio
We welcome your comments on this topic on our social media channels, or [contact us directly] with questions about the site.
Comment  |
Email This  |
Print  |
RSS
More Insights
Webcasts
Keys to Better Cyber Risk Assessment
SASE: The Right Framework for Today's Distributed Enterprises
More Webcasts
White Papers
CPRA: The Simple Guide
How to Avoid the Challenges of Cross-Platform Data Access Governance
More White Papers
Reports
We Need Your Input: Trends in Workforce Optimization
The State of DevSecOps Report
More Reports

What do you see as the main motivation for moving from BlackBerry to Android? A desire for access to Android apps? A price difference? A perception that BlackBerry is fading fast?
Reply  |  Post Message  |  Messages List  |  Start a Board

One interesting development to watch out for is the extent to which the carriers are likely to play a larger role in all of this.  They're developing containers that will make it easier for many civilian agencies and enterprises to manage corporate/enterprise apps/data/messaging within an environment they can control on an employee's device of choice.
Reply  |  Post Message  |  Messages List  |  Start a Board
InformationWeek Is Getting an Upgrade!

How to Submit a Column to InformationWeek InformationWeek Staff 4/9/2021
White Papers
CPRA: The Simple Guide
How to Avoid the Challenges of Cross-Platform Data Access Governance
Annual Cybercrime Report
Data-Driven Vulnerability Remediation with Vulcan Cyber - A Case Study With Snowflake
5 Reasons to Protect your VPN with Multi-Factor Authentication