A new bill, sponsored by US Senators Diane Feinstein and Richard Burr, would allow law enforcement to demand smartphone makers and other companies decrypt or otherwise unlock mobile devices.

Two US legislators are prepared to force companies to comply with law enforcement demands to crack open devices. A draft of their bill, released today, faces a long uphill battle after the Obama Administration said it wouldn't support the measure.

Senators Diane Feinstein (D-CA) and Richard Burr (R-NC) have circulated the "Compliance With Court Orders Act of 2016" as a way to end the current fight over encryption. The senators firmly believe companies are not above the law and should be compelled to aid when asked.

"All providers of communications services and products (including software) should protect the privacy of United States persons through implementation of appropriate data security and still respect the rule of law and comply with all legal requirements and court orders," according to the bill's draft (PDF).

The core of the bill states:

To uphold both the rule of law and protect the interests and security of the United States, all persons receiving an authorized judicial order for information or data must provide, in a timely manner, responsive, intelligible information or data, or appropriate technical assistance to obtain such information.

In other words, if the FBI asks Apple to unlock another iPhone, it must do so. 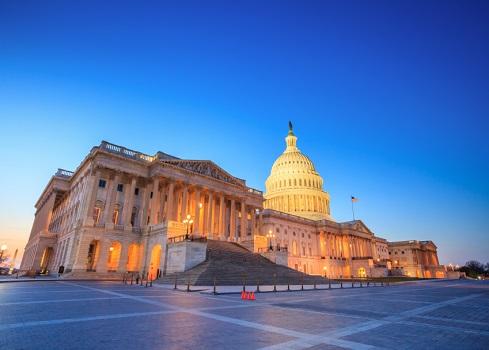 What's curious is the bill doesn't seek to establish any civil or criminal penalties that would be incurred should companies refuse such orders. As written, failure to comply wouldn't automatically necessitate fines or arrests.

Feinstein and Burr have been rattling their sabers over this issue for some time. The draft bill is in near final form, and it may be submitted to the US Senate and House of Representatives as soon as next week.

President Obama, however, has already pulled support for the bill, according to Reuters.

Obama reviewed the bill and offered feedback, but will not back it publicly. With no support coming from the White House, the bill may struggle to move forward with Congress. Obama has, in recent weeks, said that law enforcement needs a way to gain access to encrypted data on smartphones. The White House appears to be tiptoeing around the issue.

Tech companies are firmly against the measure.

Some suggest such legal requirements would undermine the entire point of encryption and expose everyone. In a letter to employees circulated last month, Apple CEO Tim Cook said that complying with such law enforcement requests, would "undermine the very freedoms and liberty our government is meant to protect."

Apple's fight with the FBI was largely sidestepped when a third party offered to unlock the iPhone for the government. The FBI dropped its case once the iPhone was unlocked.

Eric is a freelance writer for InformationWeek specializing in mobile technologies. View Full Bio
We welcome your comments on this topic on our social media channels, or [contact us directly] with questions about the site.
Comment  |
Email This  |
Print  |
RSS
More Insights
Webcasts
Hybrid Cloud: The Great Balancing Act
Nip Ransomware in the FUD: Detecting Attacks Pre-Encryption
More Webcasts
White Papers
iPaaS Intrigue: A Faster Path to Digital Transformation
How Secure Are Your Endpoints?
More White Papers
Reports
The Malware Threat Landscape
Special Report: Edge Computing: An IT Platform for the New Enterprise
More Reports

It will be interesting to see how much backlash this creates and the speed at which this proposal is shut down.  I say shut down in a purely hopefully optimistic way. Please continue to keep us informed on any updates that arise.
Reply  |  Post Message  |  Messages List  |  Start a Board
Editors' Choice
Hot Topics