Sprint Will Sit Out FCC Spectrum Auction In 2016 - InformationWeek

Sprint will not participate in a new auction for bandwidth in the US. Instead, it's taking T-Mobile head-on with an alluring iPhone 6s deal.

Struggling network carrier Sprint announced that "after thorough analysis," it would not participate in the Federal Communication Commission's 600 MHz incentive auction, which is scheduled for 2016.

In a Sept. 26 statement, Sprint reasoned that its current spectrum holdings are enough to provide its customers with acceptable network coverage, and to provide the speed and reliability the market currently demands.

"Sprint's focus and overarching imperative must be on improving its network and market position in the immediate term so we can remain a powerful force in fostering competition, consumer benefits and innovation in the wireless broadband world," Sprint CEO Marcelo Claure wrote in the statement. "Sprint has the spectrum it needs to deploy its network architecture of the future." 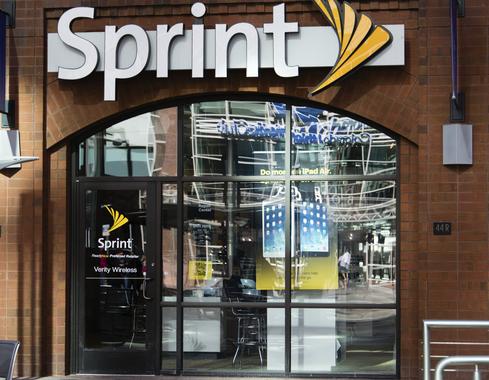 The carrier has initiated a major effort to increase coverage and capacity by increasing the density of its network and increasing the number of cell sites using its existing spectrum.

In addition, Sprint is deploying new technologies, such as carrier aggregation, which are designed to maximize the potential of its 2.5 GHz spectrum position.

"As Sprint and other companies densify their mobile broadband networks, timely special access reform, including pricing, terms, and conditions, is more critical than ever to ensure the competition that benefits American consumers," according to the company.

The FCC plan to allow broadcasters to sell unused spectrum to mobile carriers has been delayed several times. However, the auction now seems set for next year. Sprint could lose more ground to AT&T, and Verizon Wireless could buy more spectrum. T-Mobile is also expected to bid as well.

Aside from bandwidth competition, the carrier has locked itself into battle with rival T-Mobile, which loudly proclaimed a $5 per month leasing plan for the recently revealed iPhone 6s.

The offer is part of Sprint's iPhone Forever program, which allows new and upgrade-eligible Sprint customers to get the newest iPhone model as soon as it becomes available.

[Read some of the early reviews of the iPhone 6s.]

"Once again it is clear that the best place to get the new iPhone 6s and iPhone 6s Plus is Sprint," Claure wrote in a Sept. 24 statement. "New and existing customers who trade in their current iPhone 6 can now get a device for only $1 a month, making it the best way to get the iPhone -- and a yearly upgrade is included in this charge. We are certain that more people will continue to switch to Sprint because of the great service and value we offer."

Instead of offering heavy subsidies to offer iPhones at low up-front costs, network operators, thanks to Apple, are now offering leasing programs where owners can trade in their old models for the latest version of their smartphone of choice.

Nathan Eddy is a freelance writer for InformationWeek. He has written for Popular Mechanics, Sales & Marketing Management Magazine, FierceMarkets, and CRN, among others. In 2012 he made his first documentary film, The Absent Column. He currently lives in Berlin. View Full Bio
We welcome your comments on this topic on our social media channels, or [contact us directly] with questions about the site.
Comment  |
Email This  |
Print  |
RSS
More Insights
Webcasts
Strategies for Success with Digital Transformation
Building the SOC of the Future: Next-Generation Security Operations
More Webcasts
White Papers
Passwordless: The Future of Authentication
All In, Online Gaming & Gambling
More White Papers
Reports
Assessing Cybersecurity Risk in Todays Enterprises
2021 Top Enterprise IT Trends
More Reports