While analysts and pundits have written off BlackBerry in the battle for consumer smartphones, the company's new CEO continues to believe its prospects in government markets remain strong. 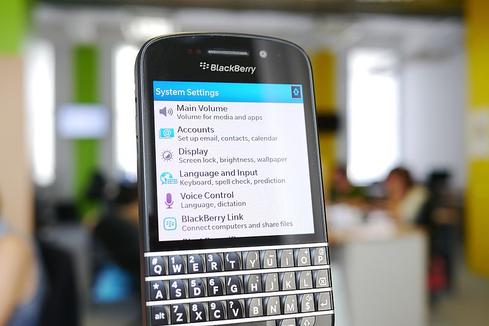 BlackBerry CEO John Chen used the Consumer Electronics Show in Las Vegas Monday to announce that the company plans to invest in a security innovation center in the Washington, D.C., area. Neither Chen nor a company spokesperson provided any meaningful details. But the move is expected to help BlackBerry work more closely with its government partners and will "encourage ongoing dialogue aimed at making better products and policy," Chen said in a press release.

The Consumer Electronics Show may have provided a high-visibility venue for the announcement, but it is not likely that many government attendees were on hand to hear the news. The company was quick to put out a media alert, but declined to make Chen or another executive available or to release a copy of Chen's comments, citing the "closed-door, private session" setting for his remarks at the international event.

[BlackBerry faces an uphill battle even in Washington. Here's why: BlackBerry: The Fax Machine Of Its Era]

One mobile industry professional applauded the move, viewing it as a recommitment to BlackBerry's enterprise customers. "Intuitively, everyone says that BlackBerry is dead, but… [government] customers are still asking for BlackBerry by name," said Randy Siegel, who has been active in the government's mobile business for more than 10 years with Microsoft, Motorola Solutions, and other firms. He currently serves as chairman of an AFCEA subcommittee on tactical and wearable mobile devices, and is founder of Center Circle Consultants.

"Whenever the government has said, 'Do A, B, and C,' BlackBerry has said, 'I'm on it'… The opening of this security center is BlackBerry doubling down and making a serious last stand," Siegel said.

BlackBerry's announcement of a new security innovation center is not altogether innovative. Other major government contractors -- IBM, Microsoft, and AT&T, for example -- have opened or announced innovation centers of their own in the D.C. area, focusing on different aspects of IT.

One of BlackBerry's competitors, Good Technology, dismissed the news as "just too little, too late."

Mario Rebello, senior director of government affairs at Good, said, "Agencies have already begun turning from BlackBerry to consumer mobile devices, and we believe we'll see more federal, state, and local governments shift their focus to leveraging mobile technologies with their own furnished mobile equipment -- iOS and Android -- in the coming year."

Siegel disagreed. He applauded Chen's commitment to BlackBerry's tactile keyboard, which many in the government, particularly the Defense Department, prefer. "I've heard with my own ears customers, specifically DoD customers in combatant commands, say [they] are staying with BlackBerry and moving to BlackBerry 10."

Siegel called BlackBerry's key differentiator its network operations center, "where all the crypto magic happens." He said the company will have a lead-to-market in terms of security certifications and hinted that BlackBerry would be the first to achieve a new certification that would boost its government business sometime in the next six months.

"Within the President's community of interest, there's especially a [group] that like what BlackBerry is doing, where it's going. These are really good niches to have," Siegel said.

A company spokesperson said more details about the innovation center would be released soon.

I agree with Randy Siegel, that BlackBerry still brings a lot to the table within certain circles of the government. But it's not an encouragin sign to have BlackBerry's CEO announce an innovation center and then have so little to offer to explain what in fact it will be for.  Seems a bit of shooting from the hip, and BlackBerry can't afford to come off that way.
Reply  |  Post Message  |  Messages List  |  Start a Board
Editors' Choice
Hot Topics