Why Federal Agencies Lag Behind On Mobile Tech - InformationWeek

Mobile device use is growing rapidly across the federal government. Still, the lack of overriding strategy and communications between stakeholders is slowing its development, says a federal official.

Although mobility is one of the fastest growing technology environments in government, there is no government-wide policy overseeing its use and management, said Greg Youst, chief mobility engineer for the Defense Information Systems Agency (DISA) at the recent Federal Mobile Computing Summit in Washington D.C. He noted that in informal working groups for the summit, a key topic among federal CIOs has been changing existing policies or creating new ones to accommodate the dynamic mobile sector and its impact on government. One possible approach would be working with the Federal CIO Council to look into developing a policy, possibly based on the federal Digital Strategy, he said.

In addition to the broad guidelines included as part of the Digital Government strategy, there are ongoing efforts and examples at the department and agency level. Youst noted that the Department of Energy is working on a department-wide mobile technology management policy that would set responsibilities, guidelines, and requirements for both government-issued and personally owned mobile devices. This policy could serve as the basis for a discussion on a broader federal-level policy, he said.

Wider access to government data via public mobile devices also remains an ongoing issue, Youst said. Although federal agencies have made progress, they need to find more ways to provide mobile access and services to both the public and federal emplolyees, he said. There also remains a need for improved information sharing between government, industry, and other groups such as academia to make better mobile applications and tools for the government and the public -- especially for agencies that deal more with the public than the DOD does, he said. 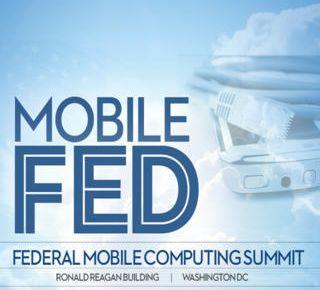 Agencies could benefit from speeding up how they vet, adopt, and deploy mobile devices and technology. Youst noted the DOD has a department-wide set of criteria it uses to certify mobile applications and devices. This has decreased the certification period from seven months to 45 days. DISA is currently working with applications developers and testers to rapidly get new products into the certification pipeline. "We have to keep up with mobile -- it's not waiting for us. We have to adapt," Youst said.

Besides accelerating the accreditation process, certain policy issues for mobile devices also need to be addressed. Youst noted that government personnel cannot buy applications in iTunes with a government credit card. But agencies need that capability, he explained. This issue is being worked out with Apple regarding government use terms and clauses, he said. On a wider scale, similar use and purchasing agreements must be worked out with industry if federal agencies want to rapidly acquire new mobile apps and devices to keep up with rapid product development and release cycles.

Another area where policy changes will be necessary is in adopting new technologies. The DOD and other federal agencies are considering deploying software-based user identification certificates or "soft certs" on government-issued smartphones. However, under current policies it can take a long time to deploy such certificates. This is another area where appropriate policy changes are needed and in some cases, waivers issued, to expedite the process, he said.

DISA is responsible for managing and maintaining the DOD's computer and communications networks. In this role, it receives and handles mobile device and applications service requests from the department's commands and laboratories, Youst said. But although DISA and the DOD have a set of mobile device policies, there remains a need to push policy boundaries to provide users with new capabilities, he said, adding that this need extends beyond the DOD to the entire government. "We have to change policy," he said.

Our survey shows fed agencies focusing more on security, as they should, but they’re still behind the times with cloud and overall innovation. Get the newIT Priorities In Order?issue of InformationWeek Government today.

Henry Kenyon is a contributing writer to InformationWeek Government. He has covered Government IT and Defense markets since 1999 for a variety of publications including Government Computer News, Federal Computer Week, AFCEA's Signal Magazine and AOL Government. View Full Bio
We welcome your comments on this topic on our social media channels, or [contact us directly] with questions about the site.
Comment  |
Email This  |
Print  |
RSS
More Insights
Webcasts
Take DevOps to the Next Level
Advancing the Hybrid Cloud & App Modernization Journey with IBM
More Webcasts
White Papers
2020 SANS Enterprise Cloud Incident Response Survey
The Top 5 Mistakes Everyone is Making in Vulnerability Remediation
More White Papers
Reports
Gartner Market Guide for Insider Risk Management Solutions
The State of Cloud Computing - Fall 2020
More Reports