Transit Wireless announced today that it is working with the Metropolitan Transportation Authority and Wireless carriers to increase Wi-Fi and cell service in select New York City subway stations. 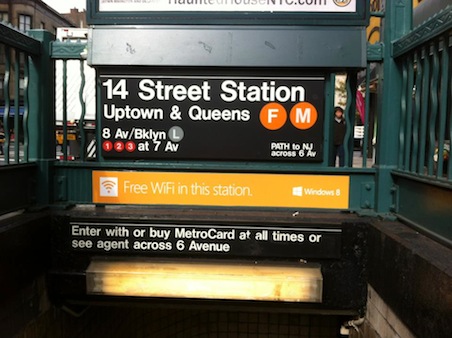 There will be 30 new stations to be completed in the first quarter of next year, including the busiest of subway stations such as Times Square, Columbus Circle, and Rockefeller Center.

"A crisis such as Hurricane Sandy reemphasizes how vital telecommunications and mass transit are to our society and reaffirm our efforts to build much needed infrastructure throughout the New York City subway system, including Help Point Intercom units, which connect passengers to emergency and transit assistance," said William A. Bayne Jr., CEO of Transit Wireless, in a statement.