Tired of forgetting your password? Startup MySocialCloud will remember it for you and aggregate your social feeds in one convenient dashboard.
Boonsri Dickinson
Associate Editor of BYTE
May 24, 2012

Scott Ferreira co-founded MySocialCloud because he had log-in fatigue. He was using multiple services and social networks and wanted a better way to manage it all.

Recently Ferreira experienced another big breakthrough. He saw a Twitter post by multi-billionaire Richard Branson saying that he wanted to meet 18 entrepreneurs and talk about what they were building to change the world. Two days later Ferreira, 20 at the time, and his sister, 18, were on a plane to Miami to give Branson their startup pitch. 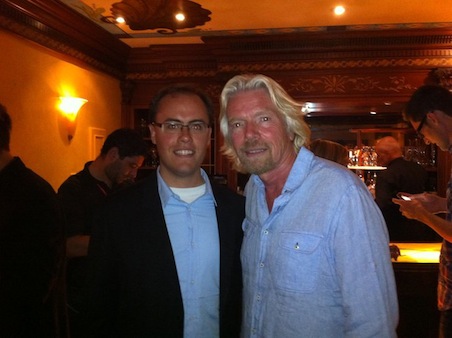 Branson invested in Twitter and Square, so his decision to back social startup MySocialCloud isn't all that surprising. Ferreira said that he is in the middle of talks with HP and other companies. The fact that corporations are interested in a social media management solution signals a larger trend: Employees can't quit their social networks during work hours, so IT has to deal with it.

MySocialCloud is a free Web app that serves as a dashboard for storing and displaying links, websites, and social feeds. Ferreira said some companies are using it specifically to "keep track of research on potential clients and sharing important info with business peers and to make sure employees never forget their usernames and passwords. It helps companies be more productive and efficient with their time which in the business world equals money."

Ferreira gives one example of MySocialCloud's usefulness as a one-stop Web organizer and repository. "A group of architecture students were working on building a place down in South America. The village only has one computer with an Internet connection. [So] the students did all of their research [beforehand], stored the research on MySocialCloud, and were easily able to access it once in the village. If they had [waited] to do all the research there, it would have taken even longer" because of the poor Internet connection, he said. 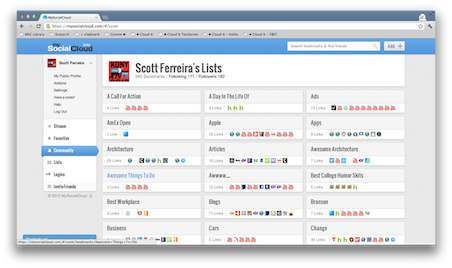 I tried out MySocialCloud and found it easy to plug in my Facebook and Twitter streams. I added the URLs for websites I frequently go to such as BYTE and Wavii. It was nice not having to remember my passwords and log in every time I go to a new site. At home, I don't need MySocialCloud because all my logins are saved. But at work, where I don't want to save my password information, it has come in handy.

All I have to do is remember to use the service in the first place. In other words, I just have to get rid of my old habits of logging in and forgetting passwords.