NASA's MESSENGER spacecraft is beaming back some final, incredible photos as it prepares to smash into the planet's surface -- a hard landing for the first spacecraft to orbit Mercury. 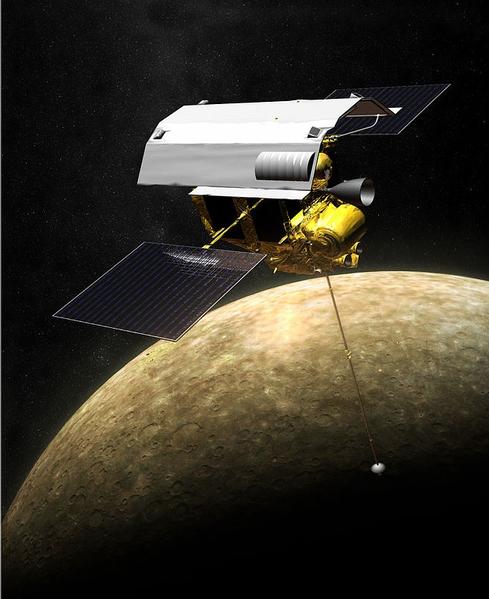 The MESSENGER (MErcury Surface, Space ENvironment, GEochemistry, and Ranging), mission is a NASA-sponsored scientific investigation of the planet Mercury and represents the agency's first space mission designed to orbit the planet closest to the Sun.

Launched on Aug. 3, 2004, MESSENGER entered orbit around Mercury on March 18, 2011 to begin a year-long study of its target planet, and is now on its second extended mission.

That mission will end when it collides into Mercury at a speed of more than 8,750 miles per hour sometime on Thursday, April 30, as the spacecraft runs out of propellant and the force of solar gravity causes it to impact the surface of the planet.

The Mercury Atmosphere and Surface Composition Spectrometer (MASCS) instrument aboard the spacecraft was designed to study both the exosphere and surface of the planet Mercury. In the mission's more than four years of orbital operations, Messenger acquired more than 250,000 images and other extensive data sets.

In a briefing at NASA headquarters earlier this month, the mission's scientists and engineers ticked off the top science findings and technological innovations from the mission, such as having provided compelling support for the hypothesis that Mercury harbors abundant water ice and other frozen volatile materials in its permanently shadowed polar craters.

[Check out 25 years of the Hubble telescope.]

"MESSENGER had to survive heating from the Sun, heating from the dayside of Mercury, and the harsh radiation environment in the inner heliosphere, and the clearest demonstration that our innovative engineers were up to the task has been the spacecraft's longevity in one of the toughest neighborhoods in our Solar System," MESSENGER principal investigator Sean Solomon, director of Columbia University's Lamont-Doherty Earth Observatory, said in a statement. "Moreover, all of the instruments that we selected nearly two decades ago have proven their worth and have yielded an amazing series of discoveries about the innermost planet."

In honor of MESSENGER's spectacular successes and the mission's equally spectacular denouement, we've assembled a selection of images highlighting the fascinating findings beamed back to planet earth.