NASA enthusiasts now have access to more than 8,000 photos from the space agency's Apollo mission. InformationWeek has selected 10 of our favorites. 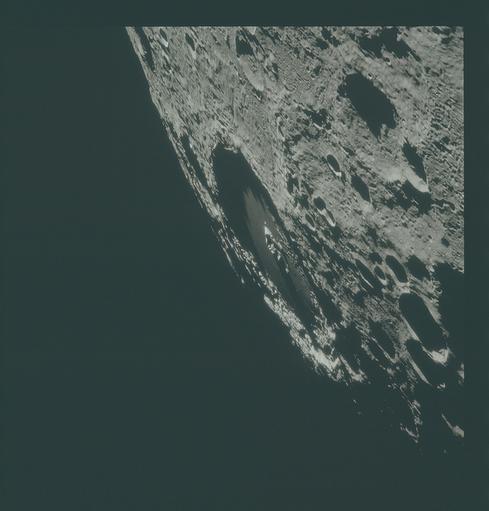 While the Apollo missions to the Moon have produced some of the most iconic photos of the 20th century, Neil Armstrong's endlessly quoted proclamation upon setting foot on the surface, and an annoying cadre of conspiracy theorists, there's still a lot more to discover about our missions to the Moon.

Thanks to the Apollo Archive, first created in 1999 by Kipp Teague as a companion website to his "Contact Light" personal retrospective on Project Apollo, space enthusiasts now have access to more than 8,400 new photos of Apollo missions.

As of Oct. 2, this new repository of Apollo photographs is available to the public through Flickr.

"Around 2004, Johnson Space Center began re-scanning the original Apollo Hasselblad camera film magazines, and Eric Jones and I began obtaining TIFF (uncompressed, high-resolution) versions of these new scans on DVD," Teague told The Planetary Society. "These images were processed for inclusion on our websites, including adjusting color and brightness levels, and reducing the images in size to about 1000 dpi (dots per inch) for the high-resolution versions."

Project Apollo, was the third US human spaceflight program carried out by NASA, and accomplished landing the first humans on the Moon between 1969 and 1972. The final Apollo 17 mission in December 1972 marked the sixth Moon landing and the ninth manned mission beyond low Earth orbit.

While thousands of Apollo photos are available on Flickr, InformationWeek has taken a selection of our favorites and collected them for your viewing pleasure here.

Li Tan, the only danger to human beings are human beings themselves. -Susan
Reply  |  Post Message  |  Messages List  |  Start a Board

nomi, some of the NASA missions are totally secret. If NASA would publish everything about its findings people would panic and the world would turn into chaos. What NASA makes public is just the nice and pretty, the innocent information that everyone can handle. -Susan
Reply  |  Post Message  |  Messages List  |  Start a Board
InformationWeek Is Getting an Upgrade!

Seeking a Competitive Edge vs. Chasing Savings in the Cloud Joao-Pierre S. Ruth, Senior Writer,  7/19/2021
White Papers
Identity Detection & Response (IDR) as a Solution for Identity-Based Attacks
Understanding the Most Common Lateral Movement Attack Tactics
SUNBURST: Mapping Malicious Activity Using Farsight Historical Passive DNS
The 7 Deadly Sins of Access Control, and How to Avoid Them
The Top 10 Threats of Data Sprawl and How to Mitigate Them