NHTSA: Google's AI 'Driver' Can Qualify For US Roads - InformationWeek

In a letter to the search giant, the NHTSA indicates its support for Google's self-driving vehicles by stating the computer that pilots the car can be considered a driver.

This means that self-driving or autonomous vehicles are a step closer to America's highways.

Google's SDVs are fully autonomous, meaning that the operations of these vehicles are controlled exclusively by a self-driving system (SDS), according to the search giant.

The SDS is an artificial-intelligence (AI) driver, which is a computer designed into the motor vehicle itself that controls all aspects of driving by perceiving its environment and responding to it.

Now, according to the NHTSA, that's enough to qualify for driving. 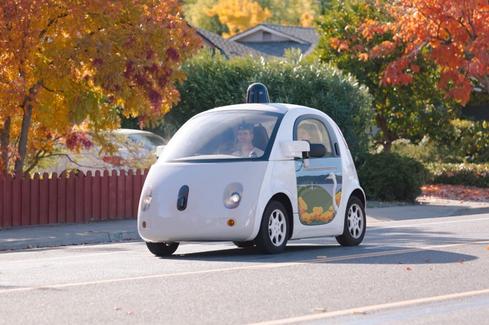 "NHTSA will interpret 'driver' in the context of Google's described motor vehicle design as referring to the (self-driving system), and not to any of the vehicle occupants," according to the NHTSA, which was released this week. "We agree with Google its (self-driving car) will not have a 'driver' in the traditional sense that vehicles have had drivers during the last more than one hundred years."

Google's cars are designed to perform all safety-critical driving functions and monitor roadway conditions for an entire trip.

Such a design anticipates that the driver will provide destination or navigation input, but is not expected to be available for control at any time during the trip, and includes both occupied and unoccupied vehicles.

"The next question is whether and how Google could certify that the (self-driving system) meets a standard developed and designed to apply to a vehicle with a human driver," according to the NHTSA.

In addition to the NHSTA's decision, Google is also making strides with real-world testing in the US, and also in the UK, where it is working with London's transport authority to begin testing autonomous vehicles on the capital city's streets.

[Read about Ford's efforts to create a self-driving car.]

Earlier this month, Google announced it was expanding its testing plans stateside by bringing its automated Lexus RX450h SUVs to Kirkland, Wash.

In January, President Obama proposed a $4 billion budget to accelerate pilot program testing of self-driving vehicles over the next decade, in a move to spur acceptance of these vehicles on the nation's highways.

Because each state has its own set of driving regulations, the NHTSA, in conjunction with state government officials and car manufacturers, would aim to create templates for possible regulations and laws that ultimately each state could consider adopting, according to a Washington Post report.

While self-driving cars might be the future of the auto industry, humans still play a huge role behind the wheel. In January Google filed a report revealing that its self-driving car fleet needed human help 341 times over 424,000 miles.

Nathan Eddy is a freelance writer for InformationWeek. He has written for Popular Mechanics, Sales & Marketing Management Magazine, FierceMarkets, and CRN, among others. In 2012 he made his first documentary film, The Absent Column. He currently lives in Berlin. View Full Bio
We welcome your comments on this topic on our social media channels, or [contact us directly] with questions about the site.
Comment  |
Email This  |
Print  |
RSS
More Insights
Webcasts
Disaster Recovery/Business Continuity in the New Normal
Multi-Cloud Data Management for Modern Applications
More Webcasts
White Papers
Guide to Enabling 5G Deployments
Top Serverless Security Risks and How to Mitigate
More White Papers
Reports
2021 Email Threat Report
Protection Strategies for a Cyber-Resilient Organization
More Reports


I am so excited to see this become a reality it will open the world to so many who have disabilities and the elderly. However it is not encouraging that so much human intervention is required it limits its audience and the safety aspect of self-driving cars. Hopefully it will evolve beyond this point in the future.