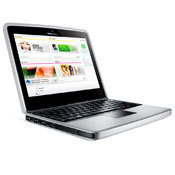 Nokia's entry into the laptop market is finding some success with corporate users, according to an executive from the world's largest handset maker.

The Booklet 3G was introduced earlier this year, and the netbook packed some impressive features including embedded 3G, GPS, Windows 7, compatibility with Nokia's Ovi services, and a 12-hour battery life. Nokia said it was aiming the device at the mass market but it has found demand coming from a different direction.

"When we launched the Booklet 3G… we thought it to be primarily a consumer device, but after the launch a big, growing interest is coming from companies," said Heikki Norta, head of Nokia corporate strategy, according to Reuters.

The company is not saying how successful the Booklet 3G has been with casual users, but the netbook's pricing may be keeping it from widespread adoption. Nokia's netbook costs $299 with a two-year mobile data plan commitment; without a plan it costs $599. By comparison, multiple netbooks can be purchased outright for less than the Booklet's subsidized cost, and mobile operators are also offering other subsidized mini-laptops for aggressive prices.

The Booklet 3G comes as the lines between smartphones and laptops continue to blur and this is causing multiple vendors to jump into new product categories. Apple has been extremely successful in the smartphone market with its iPhone lineup, and other computer-makers such as Acer and Dell have jumped into the space. Along with Nokia, smartphone makers like HTC are also reportedly mulling entering the laptop space, and various companies are looking to use the Google-backed Android mobile operating system for netbooks.