With drones becoming an increasingly common presence above our heads, an FAA task force is recommending a registration process for pilots.

With sales of drones set to soar this holiday season, a US Federal Aviation Administration (FAA) drone task force is offering a set of recommendations that will require pilots to register with the agency.

The announcement came on November 21, just ahead of the holiday shopping season.

The recommendations also suggest that there be no fee for registering and that the registration should be Web-based.

The requirement will apply to any UAS less than 55 pounds. Owners must be at least 13 years of age, although a parent or guardian can register for anyone younger than that.

The objective of the task force was to develop recommendations for the creation of a registration process, which ultimately would contribute to an enforceable rule imposed by the FAA.

The FAA stated that the intent of establishing this registration framework was to promote a culture of accountability, while also achieving a maximum level of compliance.

The task force also sought to define a category of UAS that should be excluded from the registration requirement because these objects do not present a significant level of risk to the non-flying public and to users of the National Airspace System (NAS). 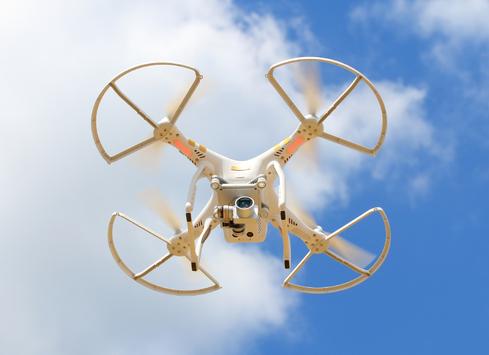 "Although the FAA does not currently enforce the requirement for UAS used for hobby or recreational purposes to be registered, the rapid proliferation of these aircraft in the national airspace has caused the FAA to reevaluate this policy in the interests of public safety and the safety of the NAS," the report stated.

According to the report, "The FAA may incorporate all, some, or none of the recommendations provided in any rulemaking activity, as well as take any future steps deemed necessary by the agency to ensure compliance with the registration requirement."

The recommendations were published on the FAA's website and are available to read along with the organization's one-page visual do's and don'ts guide for piloting drones.

[Check out Google's plans for drones.]

Other government agencies have in the past had licensing requirements for consumer-grade devices. One of the more notable was the FCC's requirement of operator licenses for GMRS (General Mobile Radio Service) handheld radios. In this case, those who bought these "walkie-talkies," which often shared frequencies with the unlicensed FRS (Family Radio Service) frequencies, were required to complete a postcard form and register for a five-year license at a cost of $90.

The licensing was simple and straightforward, with no requirement to show any operating skill or technical knowledge. The licensing ultimately failed, though, due to the fact that most radio purchasers ignored the requirement.

Nathan Eddy is a freelance writer for InformationWeek. He has written for Popular Mechanics, Sales & Marketing Management Magazine, FierceMarkets, and CRN, among others. In 2012 he made his first documentary film, The Absent Column. He currently lives in Berlin. View Full Bio
We welcome your comments on this topic on our social media channels, or [contact us directly] with questions about the site.
Comment  |
Email This  |
Print  |
RSS
More Insights
Webcasts
Zero Trust for a Work-From Home World
People Are The Most Important Part of Autonomous SOC
More Webcasts
White Papers
Sunburst: Impact and Timeline
DevOps Guide to Terraform Security
More White Papers
Reports
Enabling Enterprise Resiliency Through Cyberthreat Detection
Protection Strategies for a Cyber-Resilient Organization
More Reports

@Nasimson: but kids play with powerful helicopters all the time. I think the role of parents would be more powerful in teaching the correct use of drones, than we previously imagined.
Reply  |  Post Message  |  Messages List  |  Start a Board

@Daniel: yes. Any drone to be given to someone should be having a license for drone piloting. What about those existing drones that are unlicensed though?
Reply  |  Post Message  |  Messages List  |  Start a Board

Then probably we would need a new job description for downing a rogue drone: an ethical drone hacker?!
Reply  |  Post Message  |  Messages List  |  Start a Board

In not too distant future when toy drones become cheaper and more common, I foresee kids doing drone racing and drone fights. Now who will regulate that?
Reply  |  Post Message  |  Messages List  |  Start a Board

I think that this is important for the future of air safety. Piloting a drone should be a privilege and not a right. This is a step towards that.

We've all heard about some of these near-collisions of aircraft with drones. That's a big problem drone pilot registration can help fix.
Reply  |  Post Message  |  Messages List  |  Start a Board
Editors' Choice
Hot Topics