The Department of Health and Human Services is redesigning how government works, through a program designed to foster innovation and out-of-the-box thinking. At the heart of the department's efforts is the concept of breaking down traditional bureaucratic barriers to adopting new technologies and processes.

Moving away from a rigid, risk-averse, and hierarchical organization to a more nimble and flexible one willing to take more risks is the goal of HHS's Innovation, Design, Entrepreneurship and Action (IDEA) Lab. Its mission is to "create a more modern and effective government" through innovation, Bryan Sivak, the department's chief technology officer, said at a recent federal technology event. 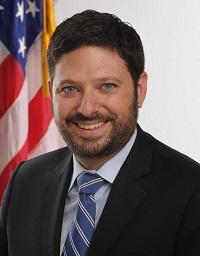 The IDEA Lab focuses on three areas: investing in the department's internal workforce; bringing new personnel and business perspectives into HHS; and breaking down silos across the department by creating communities and bringing people together. These focus areas are channeled into a number of project types. Some serve as technology incubators to create healthcare-related services rapidly for the department, while other efforts use crowdsourcing techniques or collaboration to increase resource sharing among HHS organizations.

[Are we on the verge of a new era of data-driven healthcare? Read 9 Healthcare Innovations Driven By Open Data.]

Bringing new people with different skills sets into HHS is part of the IDEA Lab's Entrepreneurs-In-Residence program. This project allows experts to work in the department for one-year terms focused on solving a particular problem.

In one recent example, David Cartier, a veteran UPS employee with 25 years of delivery experience, helped solve an organ donation problem. One HHS branch responsible for organ donation and transplants was having problems tracking organs. Researching the problem, Cartier found that operating room surgeons and technicians wrote out 20-70 handwritten labels for organs transplanted that day. The work was time-consuming, and transcription errors were a major challenge, according to Sivak.

Cartier, who has experience with radio frequency tagging and human-centered design, developed a mobile printing and barcode system that can be used in operating rooms. He tested it at several HHS organ procurement operations. Though results are still being tabulated, Sivak said every single organ donation group using the system did not want it to be removed at the end of the trial. "That's as good as you can get. The users of the system want to continue using it."

Another major area for change at HHS is procurement through its HHS Buyers Club. The goal of this group is to fix procurement, Sivak explained. It was developed in the wake of the technical issues faced by the HealthCare.gov site last year.

"Essentially all government projects over $10 million are challenged," he said. Citing a 2013 report by the Standish Group, he noted that 42% of IT projects over $10 million fail by not launching at all, while 52% are challenged by being over time, over budget, or not doing what they're supposed to do. For any government department, the numbers for IT program failures "should be very, very small."

One way to avoid problems later in a contract is by assembling a procurement team at the very beginning of the project. Sivak said other experts are brought in at the start of a contract, and procurement personnel should be no exception to this. "If a procurement official is incentivized to deliver a piece of technology correctly at the end of the process, as opposed to just delivering on the procurement, we're going to get a lot more out of this."

The Buyers Club is also revising how companies bid on technology projects. When one HHS office launched a project to rebuild its website, instead of writing an extensive IT specification, he said, that project's goals were boiled down to six key requirements.

When the RFP was released, instead of having vendors send in a standard contracting form, HHS had them submit an eight-page concept paper. HHS received 24 bids, or concept papers, which were narrowed down to five. These five groups were given $10,000 and told to come back with a prototype in three weeks -- "something that we can actually look at, play with, and evaluate." The winning team was selected for the quality of its prototype and, just as importantly, how well it worked with HHS during this process.