Programs aim to use technology to better inform and engage citizens in a wide range of topics, from scientific research to budgeting.

The Second Open Government National Action Plan (NAP) expands on initiatives from the administration's first set of open government initiatives, released in September 2011. Those initiatives included improving the functionality of various government websites, including the White House "We the People" online petition site, Performance.gov, Data.gov, and other open data initiatives throughout government agencies.

Other initiatives launched or expanded by the administration, according to a Dec. 6 post by Nick Sinai, US Deputy CTO, and Gayle Smith, special assistant to the President, include efforts to expand the use of challenges, incentive prizes, citizen science, and crowdsourcing through the government's Challenge.gov program. The administration also wants to increase crowdsourcing and "citizen science" programs such as NASA's push to encourage amateur astronomers to observe asteroids and its upcoming third International Space Apps Challenge.

The new national action plan proposes improving FOIA requests by launching a consolidated request portal where citizens can file a request for any agency. It would also standardize on a central core of FOIA regulations and establish common practices across agencies. And it would establish best-practices, in use by some agencies across the government, to cut down on backlogs and processing times, which despite prior efforts continue to come under criticism.

Similarly, the White House will create a Security Classification Reform Committee to identify ways to cut back on over-classifying documents and generally simplify the classification system. Among the committee's tasks will be reviewing and declassifying historical data on nuclear programs. The NAP states that the CIA and the National Archives and Records Administration (NARA) will have a pilot program for using IT tools to search for unstructured data and automate initial analysis of documents. 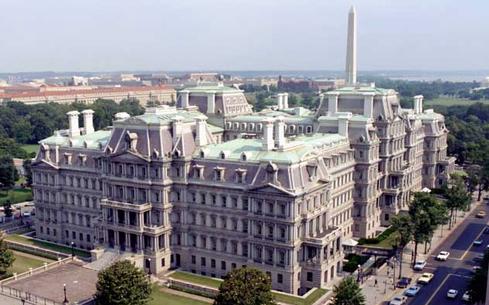 The NAP also includes a directive for the government to work with the Strong Cities, Strong Communities (SC2) initiative, the National League of Cities, and a number of other groups and cities to start projects for participatory budgeting, giving citizens the opportunity to help decide local investment priorities.

The Consumer Financial Protection Bureau (CFPB) has been conducting an open-source pilot to make federal regulations easier to read and understand; the NAP is considering the potential expansion of the pilot program to other agencies.

Open data initiatives have been under way for several years. The NAP looks to expand on these initiatives through the Global Open Data on Agriculture and Nutrition program and extend the availability of natural disaster-related data through the Federal Emergency Management Agency's OpenFEMA initiative.

While this 2nd round of initiatives covers many of the same initiatives we've heard previously, there are a number of details in the document that, if the public actuallly read, are actually reflect a more enlightened perspective than the administration often gets credit for. Check it out at: