The US House of Representatives shouldn't let the Securities and Exchange Commission exempt as many as 60% of public companies from publishing their corporate filings in open-data formats, a technology group declared in an open letter to Congress Thursday.

In a letter to the House Financial Services Committee, the Data Transparency Coalition recommended that committee members require the Securities and Exchange Commission (SEC) to enforce the quality of financial disclosure data it collects. It also urged the SEC to avoid allowing exemptions that run counter to the demand for public data in machine-readable, open-data formats.

The letter comes in the wake of the committee's March 14 approval of the Small Company Disclosure Simplification Act (H.R. 4164), which would exempt companies with less than $250 million in annual revenue from requirements to file their 10-K and 10-Q forms in Extensible Business Reporting Language (XBRL), and instead allowing them to publish in the traditional documents-based mode.

Rep. Robert Hurt (R-Va.) introduced the bill on March 6 to streamline regulations for small public companies and remove a disincentive for companies to access capital in the public markets.

But the proposed exemption would apply to roughly 60% of publicly traded companies, the coalition said. 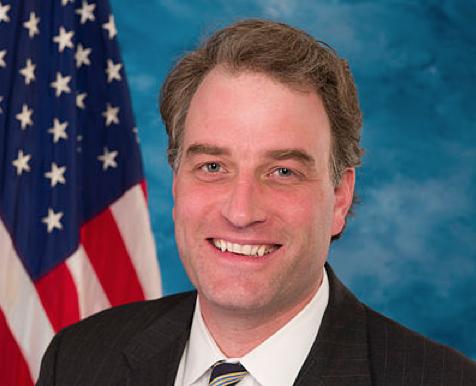 The SEC's "failure to apply basic quality control" to public companies' financial disclosure data is a detriment to the investors and markets that the coalition serves, the group said in its letter. Offering such an exemption from XBRL to the majority of public companies "will likely impede efforts to address the problem," the coalition said.

"H.R. 4164 is based on a flawed diagnosis that blames open-data tools for the symptoms of poor data quality," Hudson Hollister, the coalition's executive director said in a statement. "Instead of decimating this critical data set, Congress should direct the SEC to stop accepting inaccurate submissions, so the data set becomes useful. Once the data set can be analyzed without costly corrections, analysts will be able to expand their coverage, and smaller public companies will get more attention. Our capital markets want quality data -- not less of it."

In addition to exempting public companies with less than $250 million in annual revenue from the requirement to use XBRL for financial statements and other mandatory reporting requirements, H.R. 4164 also directs the SEC to analyze the costs and benefits to such companies of using XBRL for financial statements. Also, the SEC would have to report to Congress the results of that analysis, information about progress in implementing XBRL reporting within the SEC, and data on the use of XBRL data by the SEC and by investors.

"Before cutting off the flow of comprehensive structured data for issuers below $250 million in revenue, we believe Congress should direct the SEC to correct the widespread material errors, of which many are simple and should be easily fixed," stated the letter. "If the quality of the data improved, investors and markets could use it without extensive correction and small issuers would benefit from expanded analyst coverage."

If the quality of data is improved, then investors and markets will be able to use it without extensive correction, the coalition said in its letter. What's more, small public companies would benefit from expanded analyst coverage.

The proposed exemption is out of step with recent legislation, such as the Digital Accountability and Transparency Act, which requires federal agencies to publish their financial information using structured data formats, the coalition said.

When information is not published in structured data formats, such as XBRL, that allows disclosure information to flow automatically into analysis systems, then it has to be rekeyed or optically recognized. This leads to additional time and expense, the coalition said.

William Welsh is a contributing writer to InformationWeek Government. He has covered the government IT market since 2000 for publications such as Washington Technology and Defense Systems. View Full Bio
We welcome your comments on this topic on our social media channels, or [contact us directly] with questions about the site.
Comment  |
Email This  |
Print  |
RSS
More Insights
Webcasts
How Elite Analyst Teams are Transforming Security with Cyber Reconnaissance
Strategies for Success with Digital Transformation
More Webcasts
White Papers
Two-Factor Evaluation Guide
Seven recommendations for a Successful SD-WAN Strategy
More White Papers
Reports
Special Report: Edge Computing: An IT Platform for the New Enterprise
Special Report: The Changing Face of Threat Intelligence
More Reports

The amusing part is that the SEC has not worked for the American public in the past twenty-five some odd years as much as it is merely a grand farce to give the appearance of securities enforcement, so the fact that it wants to exempt publicly traded cos. from the open data format is not a newsflash.
Reply  |  Post Message  |  Messages List  |  Start a Board

This decision does seem like a step backwards. I could see case-by-case exemptions, but 60%? That's just ridiculous.
Reply  |  Post Message  |  Messages List  |  Start a Board
Editors' Choice
Hot Topics

10 IT Trends to Watch for in 2021 Cynthia Harvey, Freelance Journalist, InformationWeek,  12/22/2020
White Papers
The Insider's Guide to IP Geolocation Data During COVID-19
Managing OTT Content Distribution in the Connected World
The State of Threat Detection and Response
Seven recommendations for a Successful SD-WAN Strategy
Threat Intelligence Solutions: A SANS Review of Anomali ThreatStream