Landmark DATA legislation, near passage, would transform the US government's spending information from a maze of confusing documents into easily accessible open data.

Both houses of Congress stand poised to pass a law three years in the making that would standardize how the federal government's spending data are published. The Digital Accountability and Transparency Act (DATA Act), regarded by some observers as the most significant open-government legislation since the Freedom of Information Act in 1966, would transform the US government's spending information from a maze of confusing documents into easily accessible open data.

The new law would require the federal government to automate, standardize, and publish its myriad financial management, procurement, and related data in electronic formats that can be easily accessed and analyzed by interested parties in the public and private sectors.

Among its most important reforms, the legislation would expand the USAspending.gov site to include spending data for all federal funds, set government-wide financial data standards, and reduce reporting costs for entities that are awarded taxpayer dollars, the bill's sponsors said.

The DATA Act is expected to pass the Senate this week and the House shortly thereafter, say analysts at the Data Transparency Coalition, a Washington-based trade group. The legislation is sponsored in the Senate by Sen. Mark Warner (D-Va.) and Sen. Robert J. Portman (R-Ohio), and in the House by Rep. Darrell Issa (R-Calif.) and Rep. Elijah Cummings (D-Md.).

IT entrepreneurs and businesses are keenly interested in the effort because it will allow them to automate, republish, and analyze federal data more easily. The success of the DATA Act, however, will depend in large part on whether the White House (the Obama administration and those that follow it) will insist that federal agencies comply promptly and completely with the statutory components of the legislation, said the Data Transparency Coalition, a Washington-based trade group. A number of federal agencies and offices will have key roles to play in complying with the law and carrying forward its reforms, including the departments of Commerce and Treasury, the General Services Administration, and the Office of Management and Budget. 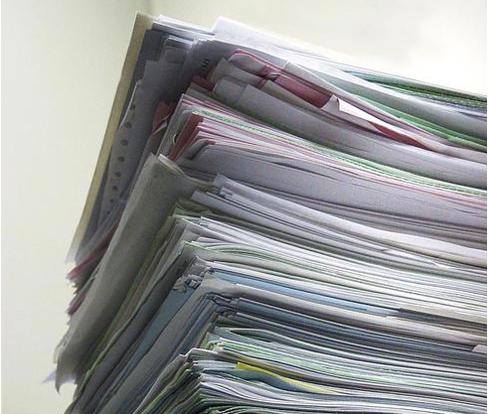 The most important duties will rest with Treasury and OMB. The bill's provisions did become a source of controversy earlier this year when OMB tried to remove key requirements from the Senate's version of the bill. Specifically, OMB sought to eliminate mandates requiring standardization and consolidation of published material, to remove expenditure transparency, to stop internal usage of the data within government, and to block Congress from holding agencies accountable for data quality, according to a document leaked to the news media, and reported by Federal News Radio.

Moreover, OMB sought to have the bill modified so that it replaced the Treasury Department as the lead agency responsible for overseeing implementation of the new law. The leaked document sparked an immediate response in the form of a letter to the Senate Homeland Security and Governmental Affairs Committee signed by 18 watchdog and open government groups, which said the revisions suggested by OMB "would hollow out the DATA Act's central purpose: to transform federal spending from disconnected documents into open data -- standardized, structured, and available to citizens and policy makers."

"The Obama administration talks a lot about transparency, but these comments reflect a clear attempt to gut the DATA Act," Sen. Warner said January 28. "DATA reflects years of bipartisan, bicameral work, and to propose substantial, unproductive changes this late in the game is unacceptable," said Warner, who along with Issa deplored the OMB's unsolicited attempt to intervene.

A previous version of the bill passed the House by an overwhelming majority in 2012 and again in 2013, but it never made it to the Senate floor. The latest version of the bipartisan bill, in which House and Senate leaders have reached a consensus on final language, is not as strong as the one first introduced in June 2011 by Warner and Issa, but it still contains a mandate for the core reforms envisioned by its sponsors, including provisions OMB tried to drop, according to the Data Transparency Coalition.

In addition, the DATA Act will enhance and make useful other efforts to achieve greater transparency through the use of technology, such as President Obama's Open Data Policy, as well as the modernization of the Government Performance and Results Act, they said.

William Welsh is a contributing writer to InformationWeek Government. He has covered the government IT market since 2000 for publications such as Washington Technology and Defense Systems. View Full Bio
We welcome your comments on this topic on our social media channels, or [contact us directly] with questions about the site.
Comment  |
Email This  |
Print  |
RSS
More Insights
Webcasts
Defense and Response Against Insider Threats & User Errors
The Pesky Password Problem: Policies That Help You Gain the Upper Hand on the Bad Guys
More Webcasts
White Papers
A Step-by-Step Guide to Shifting Left and Embracing a True DevSecOps Mentality
Exclusive IT Trend Report: Chatbots
More White Papers
Reports
Meetup Vulnerabilities: Escalation of Privilege and Redirection of Funds
Special Report: Understanding Your Cyber Attackers
More Reports

The US Senate approved an amended version of the Digital Accountability and Transparency Act (S. 994) -- the DATA ACT --this afternoon (April 10) by unanimous consent. Advocates expect the landmark open data legislation, will win swift approval in the US House of Representatives.

The one concern: The Senate's final version of the DATA Act places the White House Office of Management and Budget alongside the U.S. Treasury Department in joint control of the development of government-wide data standards, a change opposed by the Data Transparency Coalition.
Reply  |  Post Message  |  Messages List  |  Start a Board

It's curious that the Obama administratio, despite staking its claim for greater govt. transparency never took an official position on the DATA Act, in the nearly three years since it was first introduced in Congress -- and actually tried to take the teeth out of this bill with OMB's equally curious actions.  Glad that for all intents and purposes, Sen. Warner and Rep. Issa prevailed on not incorporating OMB's recommended changes.

Thanks for your question. Regarding transparency of federal spending as set forth under the DATA Act, agencies would not be required to disclose information if it is classified.
Reply  |  Post Message  |  Messages List  |  Start a Board

Will all agencies, including DoD, and the White House be included? Or will entities be able to dodge this by claiming spending data is classified?
Reply  |  Post Message  |  Messages List  |  Start a Board
Editors' Choice
Hot Topics