The US Senate on Thursday passed by unanimous consent an amended version of the bipartisan Digital Accountability and Transparency Act (S. 994) that would mandate federal agencies report their financial data using standardized open data formats. With the House poised to approve the bill when Congress returns from recess at the end of the month, the DATA Act now appears on track to become the most significant open-government legislation since the Freedom of Information Act was enacted in 1966.

The DATA Act, which lawmakers began drafting five years ago, expands on the Federal Funding Accountability and Transparency Act of 2006 to require full disclosure of all federal agency expenditures.

The DATA Act's transparency objectives are sweeping and far reaching. For example, the legislation would give taxpayers and policymakers a complete accounting of an agency's spending by appropriation, federal agency, program activity, and object class in a searchable and downloadable format. The law would expand USASpending.gov so that policymakers and the public can track federal funds more clearly and link spending to budget priorities. What's more, the legislation also simplifies reporting requirements by recipients of federal funds, eliminates unnecessary duplication, and streamlines burdensome reporting requirements. 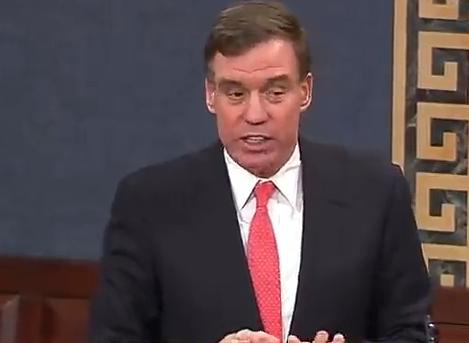 The version passed by the Senate reflects a bipartisan, bicameral compromise in which the bill's sponsors and bipartisan committee leaders from both chambers of Congress hammered out the final language. Advocates expect the landmark open data legislation will win swift approval in the US House of Representatives, given that the House passed a similar version of the bill in November 2013 by a 388-1 vote.

"Our taxpayers deserve to know how their federal funds are spent -- dollar for dollar -- and it is the government's obligation to share that information in a clear and accessible way," said Sen. Mark Warner (D-VA), chairman of the Senate Budget Committee's Government Performance Task Force, who introduced the bill along with Sen. Rob Portman (R-OH).

Lawmakers from both parties hailed the legislation as a way for the federal government to redouble its efforts to uncover and eliminate financial waste, fraud, and abuse. Representatives from private-sector technology companies

William Welsh is a contributing writer to InformationWeek Government. He has covered the government IT market since 2000 for publications such as Washington Technology and Defense Systems. View Full Bio
We welcome your comments on this topic on our social media channels, or [contact us directly] with questions about the site.

The DATA Act has been a long time in the making, and one of the few pieces of IT-related legislation to make it  through the Congressional gaunlet in many years.  It could still get caught in the House, but it looks promising  Credit VA Senator Mark Warner and the rest of the bill's sponsors, including Rep. Darrell Issa, for bringing both sides of the aisle together on this.
Reply  |  Post Message  |  Messages List  |  Start a Board
InformationWeek Is Getting an Upgrade!