The National Highway Traffic Safety Administration is asking for information from Tesla concerning suspension problems with the Model S, and about nondisclosure agreements for customers. The company says it has nothing to hide.

In response to safety allegations regarding the suspensions of its Model S sedans, Tesla Motors executives are noting that there are no safety defects with the suspensions in either the Model S or Model X SUV, according to a June 9 blog post from the company.

The issue stems from a National Highway Transportation Safety Association (NHTSA) review that followed allegations from some Tesla customers who claimed the company urged them to sign agreements saying they would not disclose suspension problems with their vehicles to the public.

In response to the dustup the issues has caused, Tesla is firing back, noting that the company is not under a formal investigation, but only providing the NHTSA with information that the agency requested.

"Tesla has never and would never ask a customer to sign a document to prevent them from talking to NHTSA or any other government agency," according to Thursday's blog post. "That is preposterous." 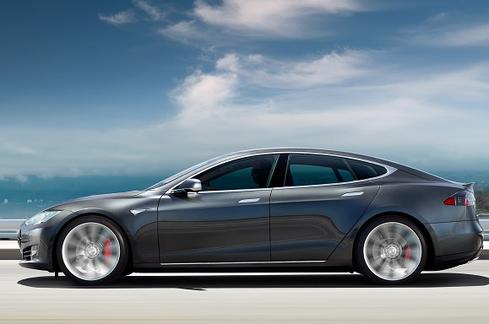 NHTSA spokesman Bryan Thomas told Reuters that the agency is "examining the potential suspension issue on the Tesla Model S, and is seeking additional information from vehicle owners and the company."

The issue came to light after a member of the Tesla Motors Club forum known by the handle "gpcordaro" posted his experience driving his Model S at low speed and experiencing the left front hub assembly separating from the upper control arm of the suspension.

When he contacted Tesla and the company towed the car to a service center, the company informed him that the problem was not covered under warranty, stating that the cause was due to normal wear and tear.

NHTSA Administrator Mark Rosekind told the news agency that they were in "data collection mode" and were investigating the nondisclosure agreements between Tesla and customers who experienced suspension problems.

The agency has been in touch with Tesla seeking information about the nondisclosure agreements.

[Read more about Tesla and issues about charging.]

"Part of what we have to figure out is whether or not (non disclosure agreements) might have impeded people making (complaints)," Rosekind said. "Our folks were on this right away."

Tesla's blog post, attributed simply to "the Tesla team," also goes to great lengths to describe the condition of the Model S that sparked the whole debate, highlighting the abnormal amount of rust the company discovered on the suspension ball joint.

"We haven't seen this on any other car, suggesting a very unusual use case," the blog post stated. "The car had over 70,000 miles on it and its owner lives down such a long dirt road that it required two tow trucks to retrieve the car."

The post also explained that when Tesla customers tell the company something went wrong with their car, they often cover it even if Tesla finds the problem was not caused by the car's build, and that they therefore have no obligations under the warranty.

In those situations, Tesla discounts or conducts the repair, free, and when this happens, the company sometimes asks its customers to sign a "goodwill agreement."

"We will take a look at this situation and will work with NHTSA to see if we can handle it differently, but one thing is clear: this agreement never even comes close to mentioning NHTSA or the government and it has nothing to do with trying to stop someone from communicating with NHTSA or the government about our cars," according to the blog post.

Nathan Eddy is a freelance writer for InformationWeek. He has written for Popular Mechanics, Sales & Marketing Management Magazine, FierceMarkets, and CRN, among others. In 2012 he made his first documentary film, The Absent Column. He currently lives in Berlin. View Full Bio
We welcome your comments on this topic on our social media channels, or [contact us directly] with questions about the site.
Comment  |
Email This  |
Print  |
RSS
More Insights
Webcasts
The Experts Guide to Ransomware Response
Multi-Cloud Data Management for Modern Applications
More Webcasts
White Papers
Are We Cyber-Resilient? The Key Question Every Organization Must Answer
The InformationWeek 2021 State of ITOps and SecOps Report
More White Papers
Reports
The InformationWeek 2021 State of ITOps and SecOps Report
Trustwave Global Security Report
More Reports