Samsung Vibrant A PennyPhone On Amazon 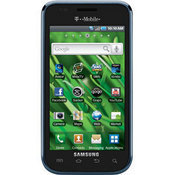 There are sales and then there are sales. The Samsung Vibrant Android-powered smartphone is now available on Amazon for one cent and free shipping with a new two-year service plan. By contrast, carrier T-Mobile is listing the phone for $199.99 after a $50 rebate and activating a new, two-year agreement.

The handset is also preloaded with The Sims 3 Collector’s edition, the movie Avatar and the Kindle for Android app so users can search and browse over 500,000 books.

One of the negatives that have been mentioned about the Vibrant is problems related to its GPS receiver, although T-Mobile is planning to deliver a fix in September, a spokesperson said. "Samsung continues to listen to customer feedback on GPS performance expectations on launched Galaxy S devices. We are currently testing software updates which will optimize GPS performance," the company said in a statement. "We expect to be able to make the updates available in September and will communicate more information and download instructions in the next few weeks."

Initial reviews of the Samsung Vibrant have been favorable. Amazon calls the handset ideal for those looking to combine mobile entertainment and communications in one device. The site also notes that while the Vibrant is enabled for T-Mobile's 3G network, it will benefit from the enhanced speeds of T-Mobile’s upgraded HSPA+ network, currently being rolled out across the U.S.

Customers are also giving the Vibrant generally high marks, saying it has a beautiful screen, excellent graphic performance and application processing ability, and is "by far the best of the Androids."

On the flip side, some have commented that while the HTC EVO and Incredible phones come with 8 mega pixel cameras, the Vibrant’s is only 5 MP, and that the 2 GB MicroSD card “is a bit lame compared to the 16 GB internal memory, but easily upgradable.”

Third-party retailers often charge less than carrier retail stores, noted Avi Greengart, research director, consumer devices, at Current Analysis. "It has nothing to do with how good/bad the device is, or how well it is/isn't selling," he said in an email. "It has to do with the commission that carriers pay third-party retailers for netting new subscribers, and how much of that commission the retailer is willing to use as a price discount to get consumers to buy phones from them instead of at the carrier or another retailer."