Securities regulators are reportedly investigating Tesla Motors over its failure to inform investors that one of its cars involved in a fatal crash was operating in autopilot mode.

Securities regulators are looking into whether Tesla should have informed investors that one of its cars operating in Autopilot mode was involved in a fatal accident, according to a Wall Street Journal report. An SEC investigation is in addition to the current investigation by the National Highway Traffic Safety Administration (NHTSA).

SEC officials are reportedly investigating whether the fatality involving Tesla's Autopilot technology could be viewed as potentially having a significant effect on the financial health of the company and, as a result, would be considered "material" information. The SEC requires any publicly traded company to disclose material information in an SEC filing. 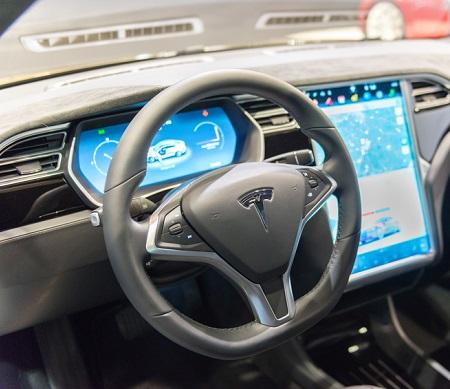 Last week, Tesla took Fortune magazine to task when the publication raised questions about Tesla's lack of disclosure of the accident to investors.

Tesla, in response to the Fortune article, noted in a blog that the May 7 accident was reported to NHTSA on May 16 -- when it had just started its investigation. The company added that on May 18 its investigator was able to inspect the car and pull the complete vehicle logs, and that the company completed its review by the last week of May.

However, the company did not disclose any information about the fatal accident, or that the autopilot was activated at the time the accident occurred, when it submitted a filing to the SEC on May 18 for its plans to sell nearly 9.6 million shares, of which 2.8 million shares would be sold by its CEO Elon Musk. The Journal noted that the shares were then sold on May 18 and 19.

The Journal also noted that in previous SEC filings Tesla said that a successful liability law suit against the company's technology, including its Autopilot feature, could hurt its financial status.

But in explaining its decision not to disclose the accident in the SEC filing Tesla noted in the blog post about the Fortune article that the Tesla Autopilot feature had been used in over 100 million miles of driving worldwide with "zero confirmed fatalities." As a result, Tesla said in the blog post:

Given the fact that the 'better-than-human' threshold had been crossed and robustly validated internally, news of a statistical inevitability did not materially change any statements previously made about the Autopilot system, its capabilities, or net impact on roadway safety.

On the first trading day that followed its June 30 announcement about the fatal accident and how its Autopilot was activated at the time, Tesla's shares climbed nearly 2% to close at $216.50 on July 1.

Dawn Kawamoto is an Associate Editor for Dark Reading, where she covers cybersecurity news and trends. She is an award-winning journalist who has written and edited technology, management, leadership, career, finance, and innovation stories for such publications as CNET's ... View Full Bio
We welcome your comments on this topic on our social media channels, or [contact us directly] with questions about the site.
Comment  |
Email This  |
Print  |
RSS
More Insights
Webcasts
The Experts Guide to Ransomware Response
Multi-Cloud Data Management for Modern Applications
More Webcasts
White Papers
Sunburst: Impact and Timeline
Ransomware Defense for Dummies
More White Papers
Reports
Are We Cyber-Resilient? The Key Question Every Organization Must Answer
A Decade of Passive DNS
More Reports

This is a debatable situation. Is every fatal crash involving Chevy cruise control investigated by the SEC as possible withholding of a material fact? No, it's not. But a crash involving Tesla Auto-Pilot is different. How?
Reply  |  Post Message  |  Messages List  |  Start a Board
InformationWeek Is Getting an Upgrade!